YG urges fans to vote in the visual for his latest single, “Jealous.”

With a treatment penned by the “FDT” rapper himself, a Donald Trump impersonator indulges in women, throws up Blood signs and reminds viewers he doesn’t pay his taxes. The song lives on his new studio album My Life 4Hunnid, which dropped on Friday (October 1).

YG has been adamant about his anti-Trump message for years, and in 2019 straight up told the President “fuck you” in a Twitter retweet. My Krazy Life carries similar sentiments and features his “FTP” (Fuck The Police) single that supports the Black Lives Matter movement. 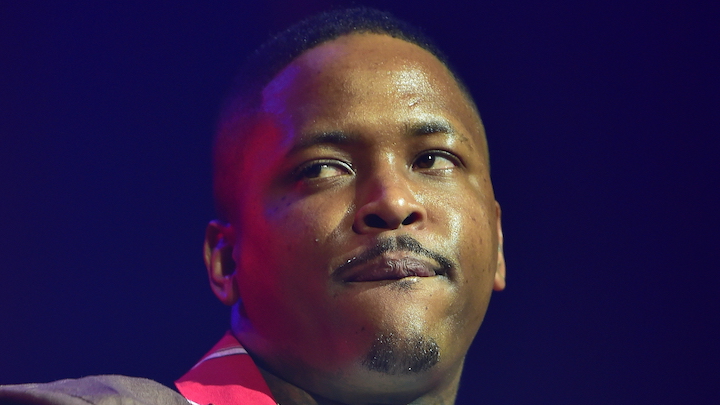 The album also features a slew of guest appearances from the likes Lil Wayne, Chris Brown, Gunna, Tyga, Ty Dolla $ign, Lil Tjay and more, and was inspired by the late Tupac.

“This album was highly influenced by Tupac,” YG told Apple Music’s Zane Lowe in an interview last month. “This is as far as the space I’m in and what I’m dealing with in life. He went through a lot of the stuff that I’m dealing with right now, and he was making records about it, and just the tone and the cadence of how he was coming up. I was playing with a lot of that type of sway of Tupac.”

Stream the album below and watch the video for “Jealous” up top.