In the newly-released video for “Runnin,” 21 brings the Grammy he won for his 2019 J. Cole-assisted song “A Lot” to the trenches in Atlanta, providing hope and inspiration for those trying to make a better way.

Savage Mode 2 dropped Friday (October 2), and served as the follow-up to the pair’s highly acclaimed Savage Mode in 2016. Apart from big-name features like Drake, Young Thug and even Morgan Freeman, the effort is also ripe with controversial lyrics that take aim at a variety of people.

The Freeman-narrated interlude “Snitches & Rats” has 21 fans convinced he got the veteran actor to diss Tekashi 6ix9ine – though he doesn’t mention any names. 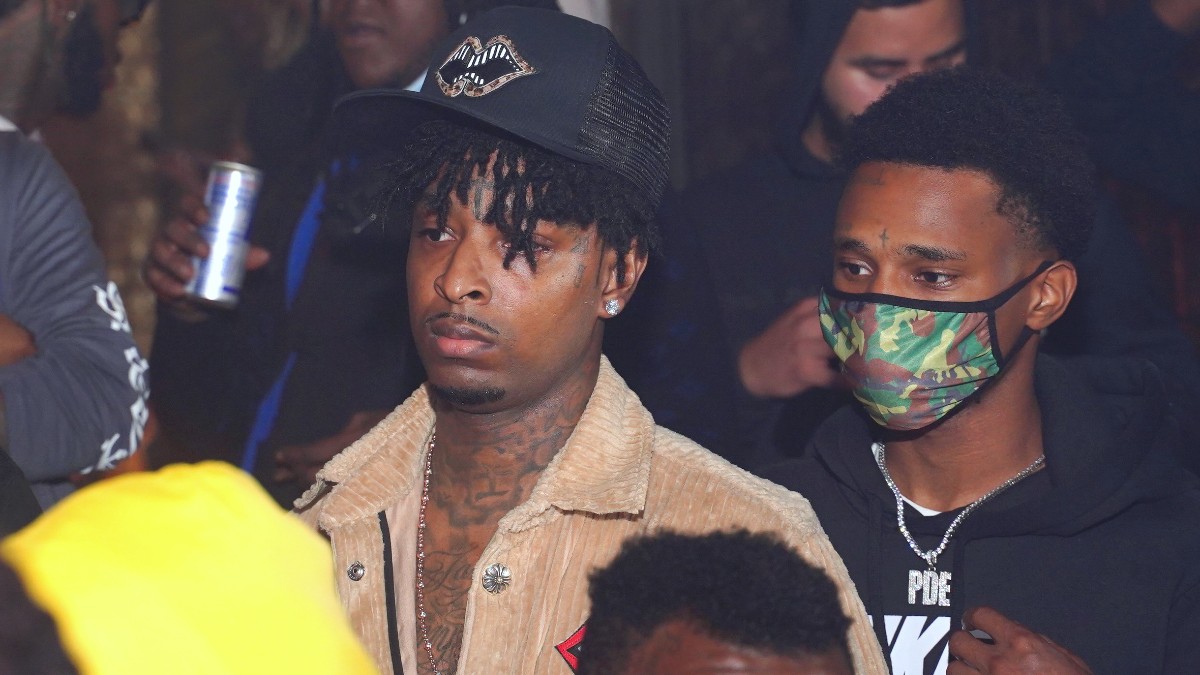 “A regular citizen who reports seeing a crime isn’t a ‘snitch’ or a ‘rat,’ the criminals were just sloppy,” Freeman says. “Snitches and rats are not the same thing, let me break it down to make sure y’all see what I mean/A ‘snitch’ is someone minding other folks’ business/To find information they can sell for a price or trade for some other form of compensation.

Watch the “Runnin” video up top.