Megan Thee Stallion is looking to continue the success of “WAP” with a big single of her own. On Friday (October 2), the Houston rapper returned with a video for her new anthem “Don’t Stop” in collaboration with Young Thug.

Colin Tilley directed the visual that takes place inside the Alice in Wonderland universe. Meg goes from riding wooden horses to twerking with a CGI cat, either side of bringing Thug into the fairytale. Considering the Atlanta rapper is also dressed as Edward Scissorhands (from the 1990 movie of the same name), it’s clear the director has taken heavy inspiration from Tim Burton.

Megan’s lyrics on the song find her bragging about her body parts and going into detail about her sex life.

“I’ve got a stank ass walk and a reckless ass mouth/And my shit so tight, when we fuck, my pussy talk/I don’t even say ‘What’s Up,’ I just tell him what I want/’Cause I got another n-gga that’s gon’ do it if he don’t,” she raps.

While channeling his inner Johnny Depp in the video, Thug’s verse all about flashy jewelry and expensive champagne.

“Patek, just for the day/If she got the gold, roll the Ace of Spades/She catch a cold when she rock chains/But lemme see, Pinky and the Brain,” Thug rhymes.

Produced by Buddah Bless, “Don’t Stop” is Meg and Thug’s first-ever collaboration, and will appear on Megan’s debut album when it’s released this fall. The song is Megan’s first release since teaming up with Cardi B on the chart-topping “WAP” in August, and serves as her first solo record since June’s “Girls in the Hood.”

The new music arrives just three days after being nominated eight times at the 2020 BET Hip Hop Awards. On Saturday (October 3), Megan will make her debut on Saturday Night Live for the show’s Season 46 premiere, which will be hosted by Chris Rock. 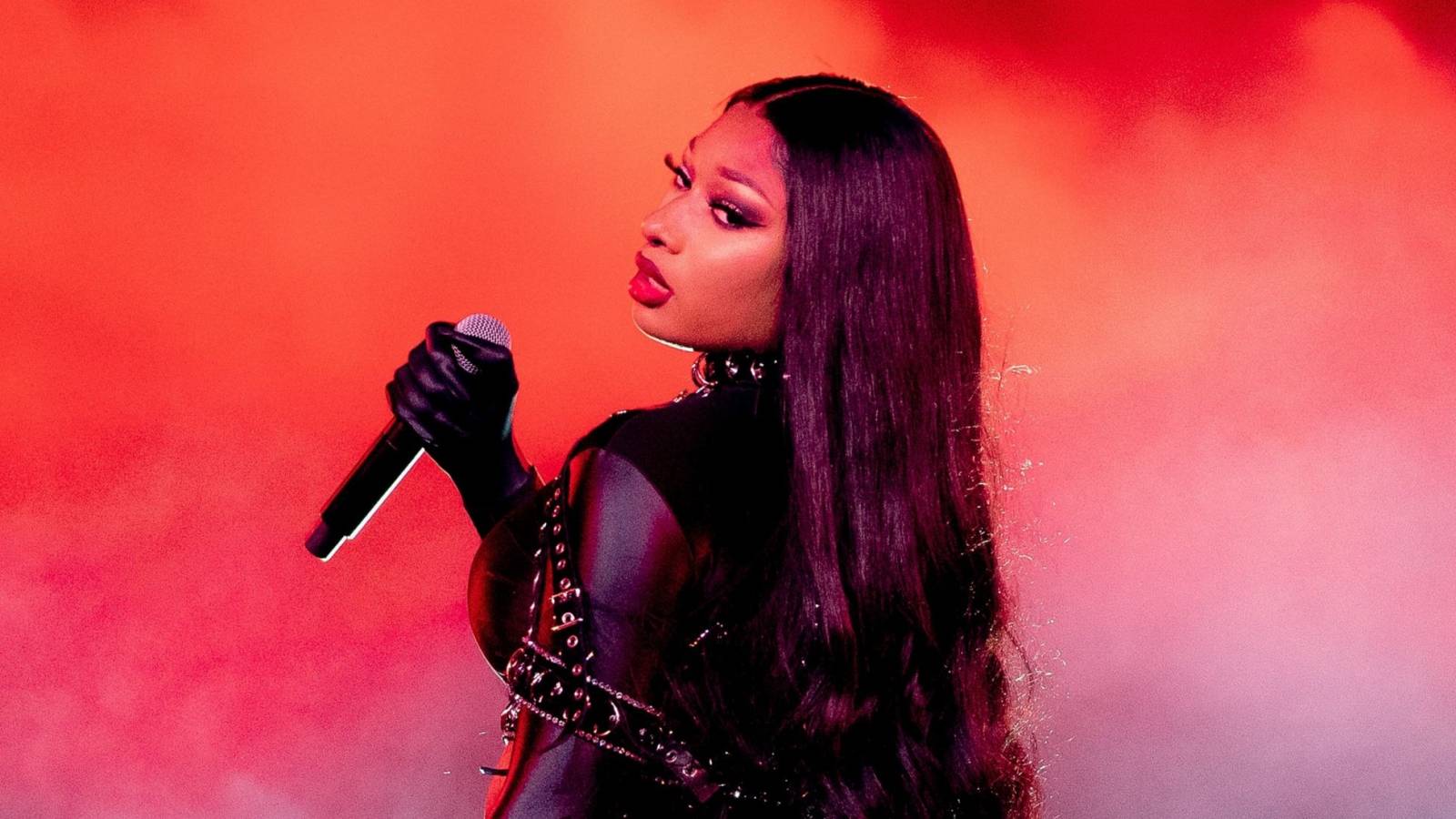 Megan appeared to indirectly respond to Tory Lanez on Saturday (September 26) after the Canadian rapper denied allegations of shooting her on his surprise DAYSTAR album.

“Nothing REAL can be threatened,” she wrote in the caption of the Instagram post while promoting retail company Fashion Nova.

Meg also shared a subliminal photo the day after, wearing “Fuck You” rings with “Mood” written in the caption.