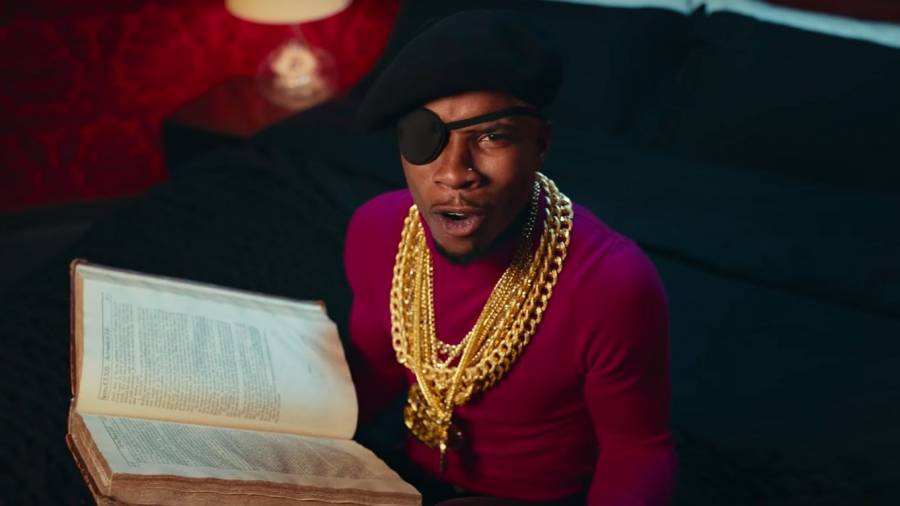 Tory Lanez isn’t letting his foot off the gas when it comes to claiming his innocence in the Megan Thee Stallion shooting incident. On Wednesday (September 30), the embattled Canadian rapper dropped a new video for “Most High,” one of 17 tracks on his SoundCloud-only release DAYSTAR.

Before the opening credits are even finished, Lanez is predicting his own vindication in a mock courtroom. As the judge slams the gavel, Lanez turns to his attorney with a huge smile on his face and shakes his hand. He’s then greeted by a barrage of reporters requesting a statement as he raps, “I walk away free ’cause I’m innocent.”

From there, he momentarily channels Slick Rick to tell “another story” — complete with the eye patch and multiple gold chains.

Lanez’s DAYSTAR album is primarily dedicated to clearing his name. On the album opener “Money Over Fallouts,” he immediately proclaims he wasn’t the person who shot Megan on July 12. He also suggests they were once romantically linked and many fans think he sounds more like a jilted lover than a betrayed friend.

“Can’t cry now, I’m gonna laugh later,” he raps. “Girl you had the nerve to write that statement on that affidavit, knowing I don’t do it/But I’m coming at my truest, tryin’ to keep this shit 200 with ya, shorty/I can’t prove it but them people in yo’ ear/They the true ones that I feel that really got you thinking Tory Lanez would do you in for real.

Later in the song, he questions Megan’s injuries, rapping, “How the fuck you get shot in your foot, don’t hit no bones or tendons?”

Megan identified Lanez as the triggerman in August, almost a month after Lanez was arrested for felony possession of a concealed weapon following a night out with Kylie Jenner, Megan and some of her friends.