Sada Baby is definitely outspoken about his ranks in the rap game, specifically his place within the hierarchy of rappers in Detroit. He’s praised artists like Big Sean and Icewear Vezzo while also being critical of other artists, like Tee Grizzley and Eminem, whom he says is not in his list of the top five rappers from his city.

Now the “Whole Lotta Choppas” rapper told HipHopDX in his new exclusive video interview that he hasn’t, and probably won’t listen to Big Sean’s Detroit 2 track “Friday Night Cypher” because of his sentiments toward some of the featured rappers.

Sada prefaced his comments by declaring, “I love you Sean,” and made it clear it wasn’t about him, but also says that it will most likely be an “accident” should he actually listen to the song and shut down any chances of a video for it.

“A video is not possible,” he began.

According to his side of the story, when Sean originally played Detroit 2 for him there were only a few artists on “Friday Night Cypher” and it didn’t seem like talents weren’t needed for a feature, which Skuba says he was cool with, too.

“So what happened was, I was in L.A. I pulled up to fuck with Sean, just to kick it with him and play what I had been working on, just a bunch of unreleased shit,” Sada Baby recalled. “And he wanted me to hear the album. So he played me the album and some other shit. But he played me the album and it was crazy. It was fire, that shit was amazing. We was listening to it. He played ‘Friday Night Cypher’. At the time it was only Tee Grizzley, Kash Doll, Payroll Giovanni, Drego, and Cash Kidd on there. That’s all who was on there. At the time, he wasn’t offering me to get on the song. He just let me hear it. I was like, that’s cool. I liked it. Immediately, I felt I would fuck him up [Tee Grizzley] on that bitch because he was saying some bullshit. But I wasn’t tripping. I was cool with the fact that he let me hear his album before it came out. So I didn’t give a fuck if he was going to include me in it or not. I can guarantee you every fucking body on that song ain’t sat in this seat right here and listened to his whole album.” 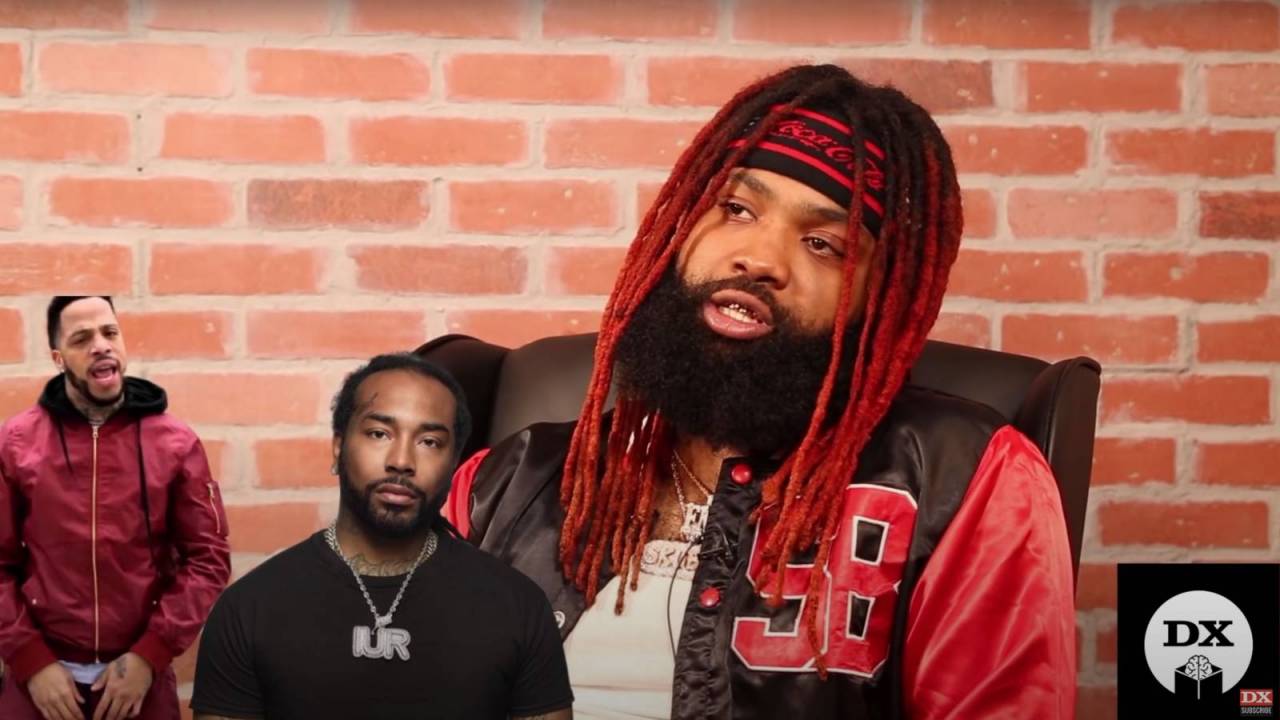 Sada says that it wasn’t until weeks later during a recording session with Hit-Boy and A$AP Ferg that Sean would actually extend the opportunity to hop on the record — which he also says he initially forgot about.

“So really, me, Hit-Boy, Ferg, and Sean,” he continued. “Sean didn’t put his verse on that record or something and he was still supposed to do it. A month or two passed, he hit me up a couple weeks before Detroit 2 was coming out. He hit me up and asked me to put a verse on there. He sent it. He sent it and was like, ‘There’s a couple parts of the beat of the song that’s still open. Woop-woop-woop, pick your part and do your verse too’ And shit, I had it and then I forgot to do it. Nigga just be high. Forgot to do the shit. And I just so happened to be in the studio in the Bay, and he was like, ‘You ever knocked that verse?’ I was like, ‘Damn, I forgot. I’m going to do it right now.’ I picked the part of the beat that I wanted to go on, then I knocked the shit out, sent it back. And then a couple more people got added after me.”

Sada flat out calls out Grizzley for his, “Poo-butt ass” bars and says that he feels he is better than the “Trenches” rapper on any given day.

“I’m not saying that I don’t know if I wouldn’t have did it if I had heard the other verses first. But I think he’s smart enough to have let me do my shit first before adding the people he added. I feel I’m better than Tee so I be ready to get on some shit and fuck him up. He lucky they cut a couple of his bars off, he had a poo-butt ass bar Because he said some bullshit. He took shit off the end. But not for one second was I shying away because Tee was on there. I never was afraid of his chest.”

Now that it’s all said and done, Skuba says he has mad love for Sean for allowing him to be apart of the album, but also doubles down and mentions that “Friday Night Cypher” can’t unify the city because it is simply, “Not possible.”

Watch the full clip above and check out the full near 50-minute interview below.