Comedian Faizon Love has made his grievances known about numerous figures in Hip Hop, most notably JAY-Z. However, on a recent podcast, the Friday star turned his attention to Harlem native Dave East, saying he feels isn’t as authentic as he presents himself and questions how the Karma 3 rapper got cosigned by the likes of known Crips such as MC Eiht.

Love made an appearance on the Hip Hop Uncensored Podcast and while discussing fellow comedian Katt Williams, he turned his venom to East.

“That corny ass fake Crip nigga,” the comedian said around the two-minute mark. “What the fuck?! I was so surprised that MC Eiht gave him a stamp. I know MC Eiht, official. So he gave him a stamp, I don’t know if that’s about the music business, but I don’t know. But the song he did with Dave East was wack!”

East and Eiht linked up for “Courted In” earlier this month. As far as Faizon ever loving the Harlem rapper’s music, he made one contention.

“I would fuck with him if he didn’t make up this whole fake ass corny … he was a Crip and he was in jail … how you come out of jail with a record deal? Sleeping on your stomach in jail, nigga … yeah you a Crip. Where you from, Hamptons? Hampton Crips? Knock it off. Corn East … but that’s their culture. But that’s why I’m not mad at 6ix9ine cause they’re all 6ix9ines! ” 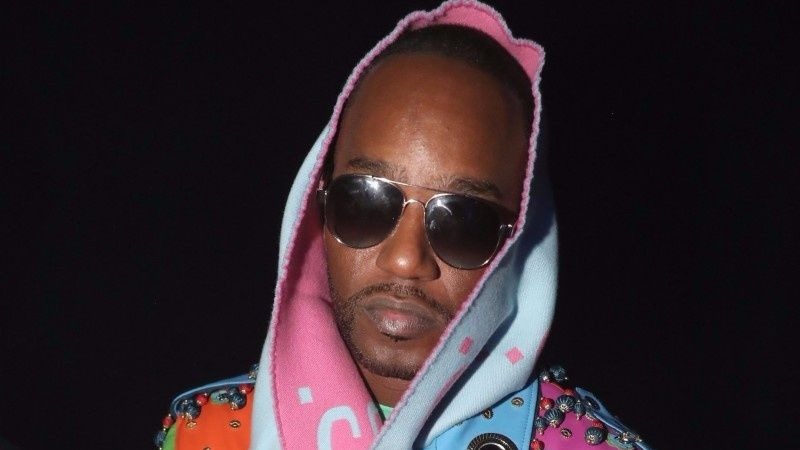 The comedian who gained his biggest role culture-wise as “Big Worm” in the original Friday has made a habit out of beefing with Harlem rappers. Earlier this year, he traded barbs with Cam’ron after calling JAY-Z a “fake drug dealer”.

“I like JAY-Z,” he told the Hip Hop Uncensored podcast in July. “I like him as a guy and the whole thing he created about this fake dope dealing, that’s when I stopped liking him. This nigga ain’t sold no cocaine in his life — I don’t think he’s ever won a fight. There’s no stories of the other side. Somebody going to bust you. Nobody ever sold you pancake? … All this shit sounds like an episode of Miami Vice.”

Cam and Love began to trade homophobic insults towards one another with Love posting images of Cam’s head photoshopped at various Gay Pride parades and Cam countering by pointing out the actor/comedian’s various roles in Hollywood where he played gay characters.