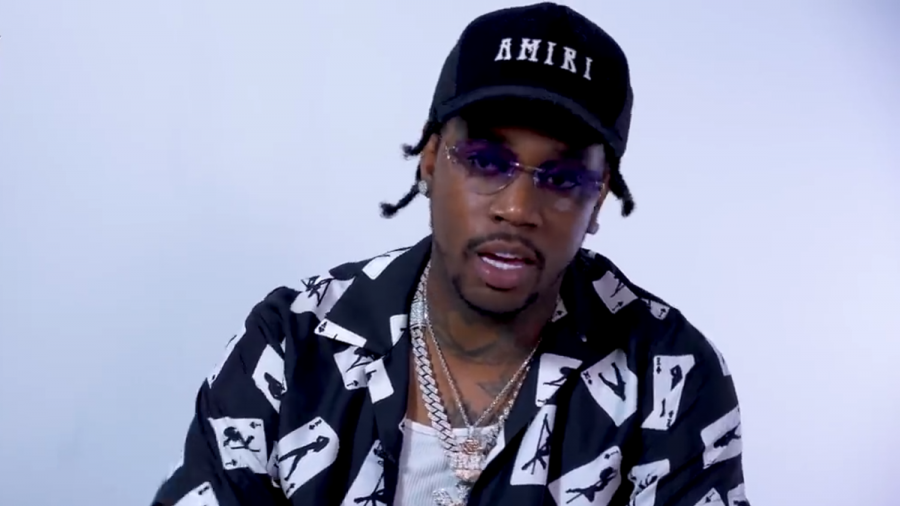 Lil Baby is fully amused that he can get Fivio Foreign‘s face tattoos with a new Instagram filter.

The My Turn rapper tried out the filter on Tuesday night while riding in his Rolls Royce and seemed to enjoy adding the new ink to his face for the moment.

“What the fuck your face tat doing on my filter, Fivio?” he laughed as he checked himself out.

Fivio has been continuing to find success since his breakout hit “Big Drip” in 2019, which was amplified by a remix that featured Lil Baby himself as well as Quavo. The original track was a cut off his debut EP Pain and Love in November 2019, while the remix appeared on his 800 B.C. (Before Corona) project released in April.

In addition to Baby and Quavo, Meek Mill and Lil Tjay also make appearances on the 8-track effort.

Just last week, the Brooklyn native was spotted alongside the legendary Mary J. Blige shooting a commercial for luxury brand MCM in New York City. Then days later, he joined Nas as they shot the video for the King’s Disease cut “Spicy” with A$AP Ferg.

And if he wants to take a pass at one of the biggest upcoming artists in the game, he’s got the go-ahead – as Mulatto explicitly stated in her 2020 XXL Freshman freestyle she’d give him play if he tried to get at her.

If his first year in the game is any indication, Fivio won’t be going anywhere for a while.