K Camp brings it back to the days of 1990s R&B videos in the new visual to his Jacquees-assisted single, “What’s On Your Mind.”

Directed by Marcelo Pancote, the video features a bevvy of beautiful women as both Atlanta artists experience the elements on different stage sets. The Nash B and Sean Momberger-produced single is a cut off the “Lottery” rapper’s most recent effort, K.I.S.S. 5.

Released in April, the 15-track fifth installment in his K.I.S.S. series featured appearances from Wale, Ari Lennox, 6LACK, Yella Beezy, Fabo and more. The album arrived just a few months after K Camp called out his label home, Interscope Records, for their lack of support over his viral single “Lottery.”

Threatening not to drop K5 until he got some answers, K Camp even tagged Interscope’s executive vice president Joie Manda. 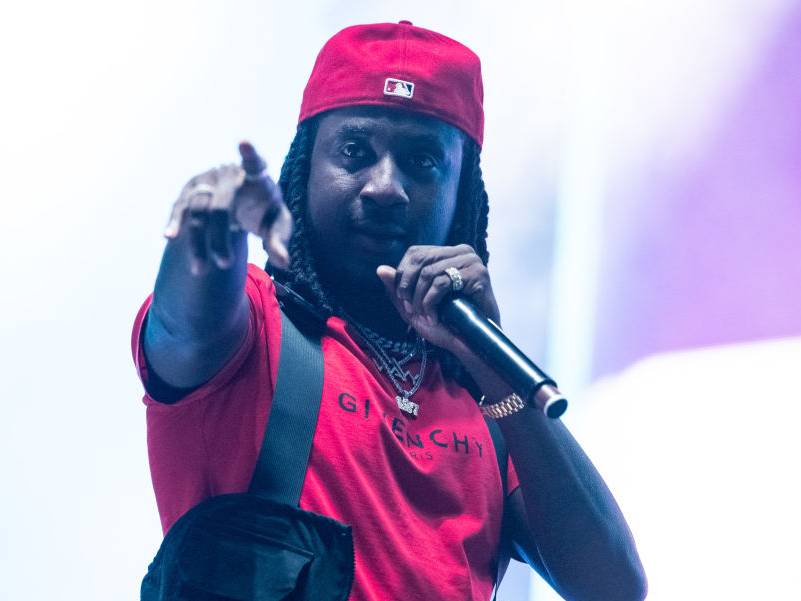 “I’m tired of the bullshit…I got over 100 Million streams on lottery 15+ million tik tok videos with no major Label support! just me and my team!” he wrote in a since-deleted January tweet. “@Interscope if ur not gonna support my shit let me go! Been putting my own money up for years. At this point y’all playing w me mine. … IM NOT DROPPING KISS 5 TILL I GET ANSWERS! I AINT NO ROOKIE N THIS SHIT! YALL CANT FOOL ME LIKE THESE OTHER NIGGAS! @Joeyie.”

Revisit K.I.S.S. 5 below and watch the video for “What’s On Your Mind” up top.