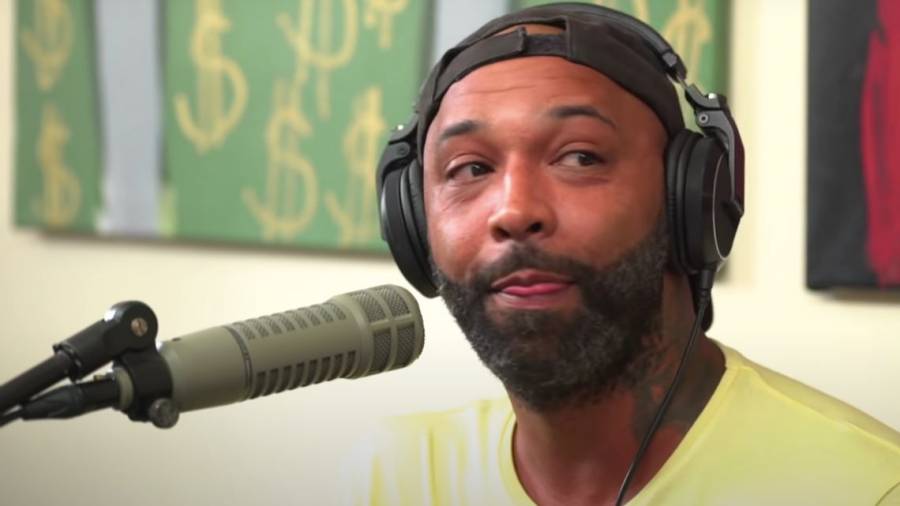 Joe Budden is doing damage control after a string of allegations hit the internet over the last couple of weeks. Not only was he accused of domestic violence by his ex Tahiry Jose, but a call between himself and his former fiancée Cyn Santana also leaked that suggested violence was prevalent in their relationship as well.

As if that wasn’t enough, court docs allegedly filed by Santana claim Budden had a habit of playing with his dog’s private parts, making his a trending Twitter topic on Tuesday (September 8). Needless to say, it’s messy.

But in a recent Instagram clip, The Joe Budden Podcast host emphatically denies each and every allegation and suggests this is happening because he called out Spotify and other corporations.

“I don’t fuck dogs,” he flatly states. “I’m not here to talk to the people who believe I abused the very women I have taken care of. It’s just not who I am. It’s not who I’ve been. And this comes off two weeks of me exposing some truths about different corporations — Spotify, iHeart. I won’t say that this is a calculated smear campaign because I don’t think it’s that calculated, I just think people are stupid.”

Budden then vowed to defend himself as long as he had to until the controversy subsided.

“And if I gotta come on here and tell y’all that I don’t hit women and I don’t fuck dogs every day, then I will. If I have to come on here and address my past or my assumed past, I will,” he continued. “The people that know, know and you don’t get where I’m trying to go without some turbulence or without people throwing rocks. I just want me to be taken out of all of this. That’s what I would like. I would like for Joe to be taken out of whatever messy shit went on.”

On Wednesday (September 9), Budden shared a post from Isaac Hayes III that read, “So @JoeBudden turns down a new Spotify deal cause he’s been steadfast about owning his content and less than a week later there’s an entire smear campaign against him. So if you can’t own him destroy him. Anyone participating in this is evil and wack.”

Budden added in the caption, “Internet, some of us were here before you.. we understand how you work. #ThePlanIsStillThePlan. #ProtectBlackAndBrownWomen #ProtectAnimals & #AvoidTheGhettoGoofyShit. Love & Light to y’all.”

Internet, some of us were here before you.. we understand how you work. #ThePlanIsStillThePlan #ProtectBlackAndBrownWomen #ProtectAnimals & #AvoidTheGhettoGoofyShit Love & Light to y’all.

As Budden trended on Twitter, a clip from The Joe Budden Podcast started to circulate in which Budden jokes about touching his dog inappropriately, which didn’t help his case.

“Why do I always want to make the dog feel good by playing with their fucking privates?” he said. “They like that. That’s how I know he’s not a real animal lover. Anybody with a pet, c’mon, you did a little something down there to make your dog feel good.”

Naturally, Twitter had plenty of jokes and memes for the occasion. Reactions ranged from shock and disgust to people saying Budden was making an “obvious joke.”

If y’all take everything Joe Budden say seriously, y’all are idiots. Don’t tell me y’all go there for educational purposes,it’s a PODCAST literal entertainment. He been admitted he be saying wild shit to expand the pod to new listeners and y’all just got him trending…you goofs pic.twitter.com/ihpmPkz9bA

me when i find out why joe budden is trending pic.twitter.com/g49HItOof0

Joe Budden is getting exposed for jacking off his dog after he tried to come for me last week ??? pic.twitter.com/oncXrngRtG

Joe Budden really said, “Anybody with a pet, come on, you did a little something down there to make your dog feel good.” That is a filthy, sick man. pic.twitter.com/KC9RhSBw40

You mean to tell me JOE BUDDEN WAS BEATING OFF HIS DOG?!!!! and ODELL BECKHAM LIKES TO BE SHITTED ON!!!!!!! WTF IS GOING ON pic.twitter.com/fFeKRGtriC

Bruh spotify put a hit out on that nigga joe budden they pulling up everything goddamn pic.twitter.com/7gw8XM2gUc

Joe Budden does WHAT to his dogs???????? pic.twitter.com/oo2ibeuW1q

Joe Budden was jacking his dogs off!????? That's not even surprising. That's some lightskin bald nigga with a beard type of shit.

Joe Budden need to be locked up uh uh not the DOGS pic.twitter.com/1CkwLPSmrr

Joe Budden when he sees his dog licking his own balls pic.twitter.com/OrIwFi1mRL

Well, your wife and daughters are safe…but I think you need to hide your dog when JOE BUDDEN is in town. pic.twitter.com/Mc2fP9e8rv

Joe budden to his dogs pic.twitter.com/ulnJqpisen