DaBaby has returned with a new video for “Pick Up” featuring Quavo, which appears on his latest album Blame It On Baby.

Directed by frequent collaborators Reel Goats, the visual transports the two rappers into an alternate reality through a smartphone. They’re thrown into outer space and the Stone Age and even run into trouble with Deebo from Ice Cube‘s classic 1995 movie, Friday. When DaBaby raps, “If Deebo choked me out, bitch/ I would’ve killed him, bitch,” he does exactly that.

The Migos member later clocks in to his day job as a rat exterminator and clears out a whole warehouse full of rodents. As he finishes his shift, DaBaby falls from the sky and sends his truck into flames.

“Pick Up” is the seventh video to be released from the album, following “Peephole,” “No Dribble,” “Rockstar,” “Can’t Stop,” “Jump” and “Find My Way.” 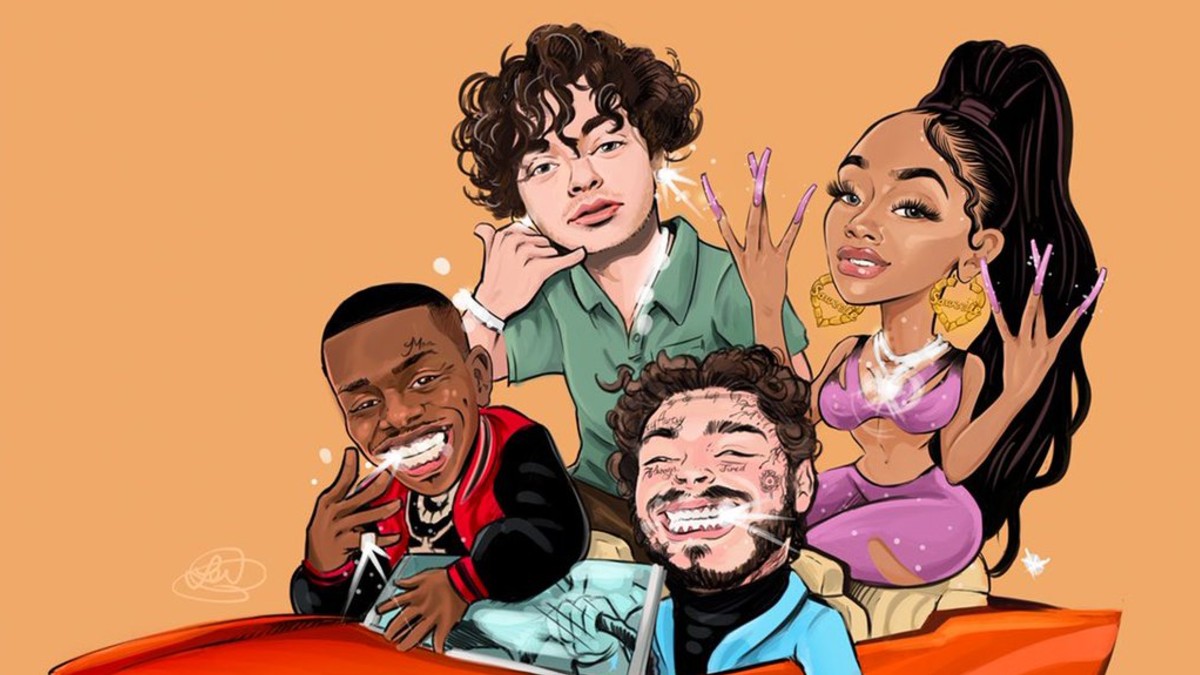 Saweetie Gets Jack Harlow, Post Malone & DaBaby To 'Tap In' For The Remix

Blame It On Baby was released on April 17 and debuted at No. 1 on the Billboard 200 chart with roughly 124,000 equivalent album units sold. Less than two months later, a deluxe version arrived with 10 new tracks featuring Young Thug, Gunna, and more.

In August, DaBaby settled a $100,000 lawsuit with Nothing to Something ENTertainment. The concert promoting company claimed to have spent $30,000 on a show in Lawrence, Massachusetts that never happened. DaBaby missed the show after getting into a brawl with local rapper Don Tra outside Centro Night Club.

The Charlotte rapper is fresh off performing at the 2020 Video Music Awards on Sunday (August 30). He performed a medley of songs from Blame It On Baby, including “Peephole,” “Blind,” and “Rockstar.”