The steamy visual quickly sparked relationship rumors as it appears the two aren’t acting. Instead, they’re playfully teasing each other, sleeping together on a couch, sucking on each other’s tongues, making out against a wall and seem totally, 100 percent in love with each other.

“You’re not perfect, but you might life worth it,” he spits. “Maybe that’s why we stick together like curses/Hella toxic, but I know that I’m determined/If we can make it through the fire, we can breathe inside a furnace.”

As the video moves along, Lucas and Ashanti’s characters get into an argument in the car and she eventually discovers some text messages in his phone she wasn’t meant to see. The altercations eventually turn physical and then she finds out she’s pregnant with his child. From there, Lucas is arrested for domestic violence, but they continue with their love affair. 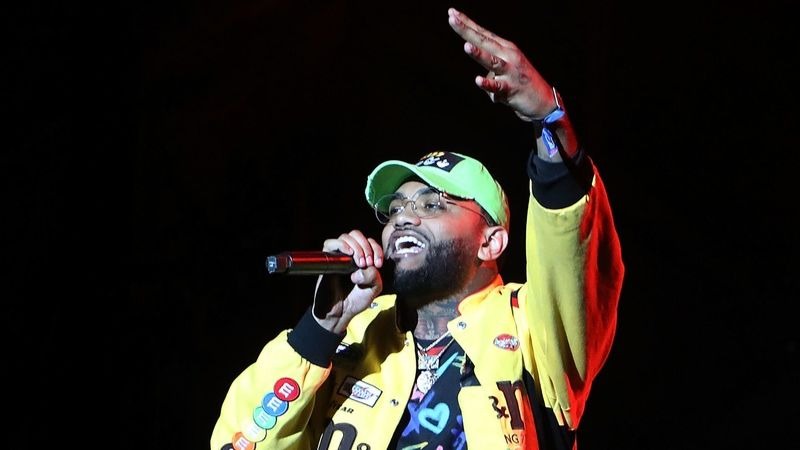 Joyner Lucas Reacts To Eminem Naming Him One Of The G.O.A.T. Rappers

“Fall Slowly” comes from Lucas’ forthcoming EVOLUTION EP, which features six new songs along with special guests The Game, Rick Ross and more. The project is expected to arrive on September 18.

Until then, check out the “Fall Slowly” video up top and reactions to their “acting” below.

Imma wait on the TL to see this Joyner Lucas and Ashanti thing….cause ? pic.twitter.com/nVer2XRyJC

Joyner Lucas didn't have to do all that with Ashanti? pic.twitter.com/zwmkyVqok4

If Joyner bagged Ashanti we should all stream his next album to congratulate. pic.twitter.com/qNAkij6EN3

Ashanti and Joyner were kissing hella hard. They got to be dating or just good at acting ?

The way ashanti and Joyner Lucas was kissing in this video ?. Confusion pic.twitter.com/6G1IBanKre

So Ashanti is with Joyner Lucas ???… Excuse me I’m finna go smoke myself ??

Joyner got to kiss Ashanti pic.twitter.com/lsxOBJkUEx

Joyner got to kiss Ashanti???? pic.twitter.com/pMHTNWESOT

Ummmmmmm the way Ashanti and Joyner were kissing… pic.twitter.com/3YBhEixsKn