Action Bronson is getting back into the swing of things with some bars for Funkmaster Flex’s Outside freestyle series. The Flushing, Queens rapper set up a camping chair on the sidewalk in Greenpoint, Brooklyn and freestyled over a beat from Griselda producer Daringer.

“This is dedicated to the ones that thought the kid was finished/More celebration dinners/Very, very expensive glasses on while I’m playing basketball/Man, do it look like I give a fuck/Pass me the ball,” Bronson raps.

His new album Only For Dolphins was originally set to drop in April but was pushed back with no new release date. Longtime collaborator Alchemist recently tweeted about the project, suggesting he’ll be involved in some capacity.

Only For Dolphins by @ActionBronson . 🔛

Bronson launched his latest single “Latin Grammys” in July alongside a music video that saw him competing in the 1995 World’s Strongest Man competition.

“It’s all about metamorphosing, this song is about coming of age,” he told Consequence Of Sound. “I love a good latin-jazz, upbeat vibe. It’s got that funk, you know? You can do all kinds of dances to this song. You know a song is good when you can do all different types of dances to it, and you’re still on rhythm.” 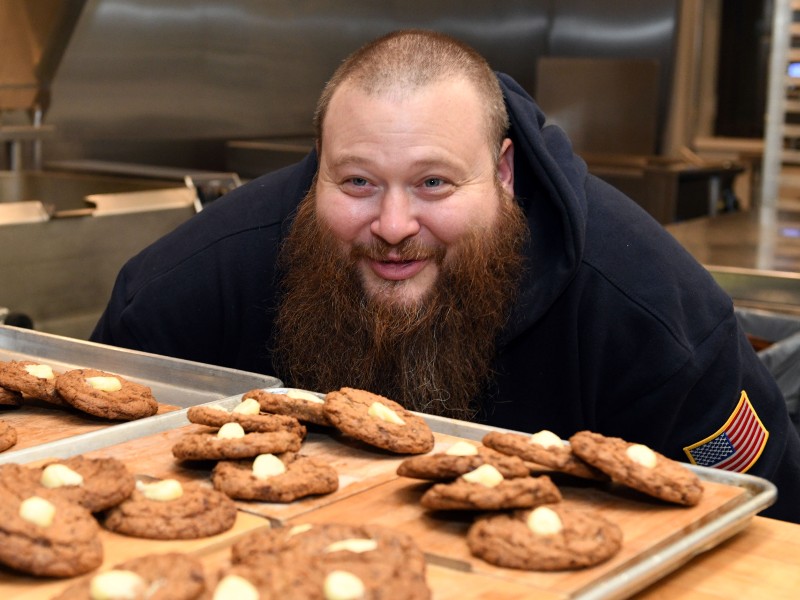 In May, Bronson revealed he’d been losing weight during the COVID-19 pandemic. Between exercising and changing his diet, the hard work is paying off.

“Me, myself, I lost 50 pounds just now,” he told TMZ. “I mean, I’m still fat, which shows you I still need to lose another 60. I mean, I’ve been working out crazy, I’ve been eating really good, I’ve been juicing.”

In the freestyle video, Flex says Bronson is actually now 150 pounds down. Watch it up top.