Kobe Bryant would’ve turned 42 years old on Sunday (August 23), prompting countless tributes to the late basketball star over the weekend. Hip Hop made sure its love and appreciation for the Los Angeles Lakers great was part of the mix with Kendrick Lamar, Drake, Snoop Dogg, Lil Wayne, Quavo and many more celebrating Bryant’s legacy.

K. Dot had one of the most prominent roles in paying homage to Bryant, providing the voiceover to a Nike-produced video remembering the five-time NBA champion. The 90-second short film is titled Better and highlights the hoops legend’s “Mamba Mentality.”

“Kobe taught us to be better: a better teacher, a better teammate, a better loser, a better winner,” Nike declared on its website. “As Kendrick says in the film, ‘Just be better.’ Whatever it is that you’re trying to improve — work to be better today than you were yesterday. That’s the Mamba Mentality.”

ESPN also reposted a video package featuring a song created by Snoop Dogg, who was devastated by the death of Bryant in January. Snoop’s tribute originally debuted during the broadcast of the 2020 ESPY Awards in June.

Other rappers paid their respects to Bryant by posting pictures of him on social media, sharing memories of their past interactions and displaying some of their Black Mamba gear. On Instagram Stories, Drake revealed his massive collection of Bryant’s sneakers in honor of “Kobe Day.” 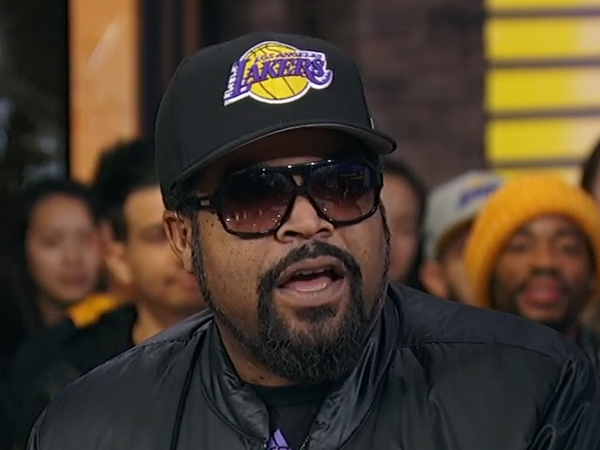 Ice Cube: 'If God Made A Basketball Player ... It'd Be Kobe Bryant'

Bryant, his daughter Gianna and seven other victims died in a helicopter crash in Calabasas, California on January 26. He left behind his wife, Vanessa, and three more daughters. His youngest child was born in 2019.

View Kendrick and Snoop’s homages to Bryant above and more of Hip Hop paying respect to the fallen Laker below.

Drake showing off his Kobe collection 👟 🐍

I remember meeting Kobe he told me he grew up listening to my music R.I.P. The Goat 🙏🏿

Me performing in the Kobe jersey. Happy Birthday King