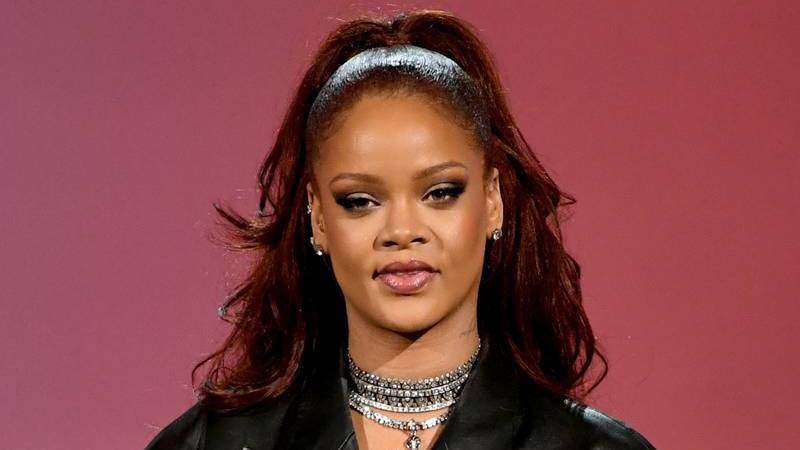 The now-viral video of Melania Trump appearing to refuse to hold Donald Trump’s hand has reached Rihanna and 50 Cent’s radar. In turn, the R&B legend’s 86 million-strong Instagram following got a huge dose of her sense of humor.

On Monday (August 18), Rihanna uploaded the clip of the political couple stepping off Air Force One at Andrews Air Force Base in Maryland and added her 2016 Grammy-nominated “Needed Me” to the scenario, delivering countless laughs and more than 12 million views.

“Melania likes art,” she captioned the video with a shrug emoji.

Although the incident wasn’t under review for the national record, some social media sleuths noted the windy conditions (not to mention a fleet of steep plane stairs) may have caused her hand to pull away.

50 Cent saw it differently, however, captioning “she don’t want to hold his hand. LOL #bransoncognac #lecheminduroi” with his reaction for his 26 million Instagram followers.

😆she don’t want to hold his hand. LOL #bransoncognac #lecheminduroi

Rihanna’s inclusion of a four-year-old song marks an interesting one, seeing she has begun to acknowledge her fans’ opinions she’s due for new music. On Friday (August 15), she made a Brazillian superfan’s day by replying to a Rihanna lookalike video with, “Where the album sis? #R9,” a troll reference to her unreleased ninth studio album.