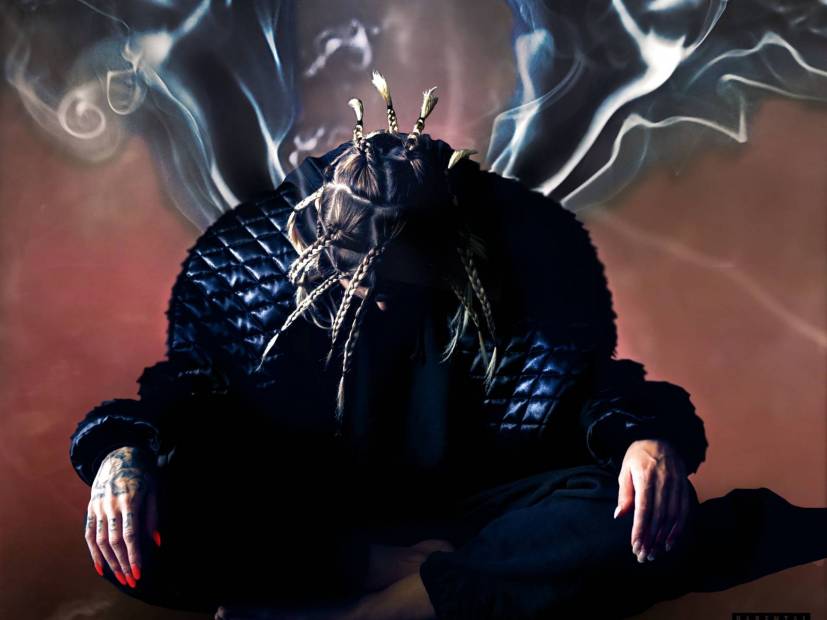 To remind you, in part one and two the LA-based musician described her experience writing Eminem’s most commercially successful song, and what it was like to work with Dr. Dre, Lupe Fiasco and Diddy.

The slew of chart-topping collaborations skyrocketed Skylar’s own career. She released solo projects such as 2016’s Natural Causes which demonstrate Skylar’s tendencies for R&B and folk influenced, melodic singing. Most recently, Skylar released her Sunscreen EP, which features two of her latest singles, “Dark Thoughts” and “Sunscreen,” as well as her cover of Travis Scott’s “goosebumps.”

Heavily influenced and inspired by Travis’s smooth verses and iconic imagery, Skylar reinterpreted the song in her signature style. Buttery vocals slide across the beat, almost sounding slurred at times. It’s an evocative and unorthodox take on one of Travis’s breakout singles from Birds In The Trap Sing McKnight.

Read below as Skylar explains the inspiration behind her solo work and why she chose to cover LaFlame.

HipHopDX: How did you relearn confidence for your solo music?

HipHopDX: What is “Dark Thoughts” about?

Skylar: “Dark Thoughts” was about the fact that we all—I’m in love, my whole fanbase on social media and stuff—they see it, they see my relationship with my fiancé on there. They’ve seen my whole turnaround since a couple years ago. I think I maybe put up more of a depressed vibe. And they’re like, ‘oh you’re so happy now!’ And I even had some fans say, ‘what happened to you? You’re a Disney princess now.’ They were used to me being darker. But love has put a light into my life, and I think for me, “Dark Thoughts” is saying that even though I look really happy and I am really happy, and I’m smiling, it does not mean that I don’t have really dark, fucked up thoughts. As flowery and fairy-tale like my life might look, I’m still me, and I still have really fucked-up dark thoughts. I think we all do. Not that we’re going to act on them, our choices are what makes us who we are, but the fact that we can all have a fucked up thought–that’s what the song’s about.

Skylar: I’ve been really inspired by Travis Scott in the past couple of years. And I think he’s one of the most artistically creative people and voices in hip hop, not only with his music, but his visuals and everything, his aesthetic. And it’s been really inspiring to me. And then also, listening to some of his music that has all these crazy turns in it. What was that song?

Skylar: The one with Drake on it. Yes. “Sicko Mode.” There’s like these huge shifts in the song. I dug real deep into Travis Scott and Goosebumps was actually the first song that introduced me to him. And I always thought ever since I heard that, that it would make a really nice piano chord, like a piano song. And so, I took the chords and I figured them out and I played them on the piano and then I just started singing it just for fun. And I started adding some drums and it really came together just totally organically. I wasn’t setting out to do a cover. I was just being a music fan in the studio and like trying to figure out that song. I just wanted to take a different approach to doing a cover and putting out a song and not just do like a music video or something typical. I wanted to just play with the whole idea of covering somebody and covering their imagery, as well.