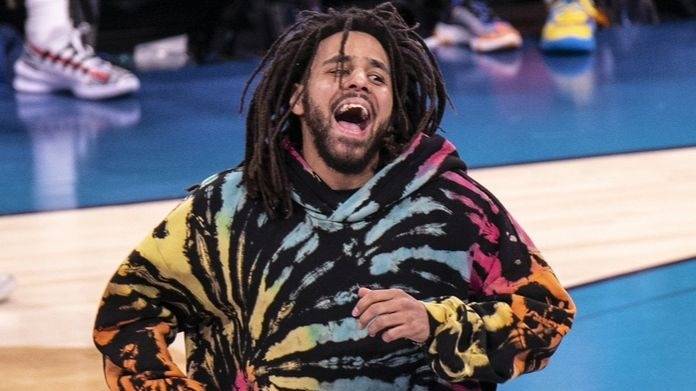 J. Cole penned a highly emotional personal essay this week for Dereck Jeter’s publication The Players Tribune called “The Audacity.” At one point, the revered MC admitted he never read the contract when signing with JAY-Z’s label Roc Nation on February 24, 2009, a date he says he’ll always remember because it’s the day before Dreamville Records president Ibrahim Hamad’s birthday.

“That day, we both took an elevator way up to the fancy office of a high-end entertainment law firm housed in a New York city high-rise,” he recalled. “Far from what I would have imagined, the actual moment of signing the contract was relatively unremarkable. Ib and I sat in a small, quiet conference room across from an associate of my fancy new lawyer. The mountain of papers in front of him included multiple copies of a record deal that I never actually read.

“The associate pointed at the area of each page that needed my signature, and when all the copies were signed, Ib and I probably dapped each other up and said some shit like, “Aight my dawg. Let’s get it.” With empty pockets, we hopped in the dented black Honda Civic and slid down to the Lower East Side of Manhattan to celebrate at a bar with some of our homeboys.”

fell in love through photograph

Cole described the feeling as “surreal” and confessed he always thought of Jay as “a mythical figure.”

“Friends would congratulate me and follow it up with a ‘Nigga!!! How you feeling?!!'” he continued. “I imagine that the thought of one of their homies getting a deal with somebody we all idolized had to be mind blowing. But the truth was that the enormous level of excitement I felt was somehow subdued by the amount of focus I knew I had to have for my ultimate mission.

“I came to New York 6 years earlier on a partial scholarship with one ridiculous goal in mind: to one day sit in the same seat that Jay and a only a handful of other rappers previously sat. Signing to one of my biggest inspirations was an unexpected blessing, but even on that beautiful night of celebration I understood it was just one giant-step towards something much more far fetched.”

Fast-forward to 2020 and Cole is among the upper echelon of Hip Hop artists and has built his own rap empire with his good friend Hamad by his side.

Fans are eager to get their hands on Cole’s next solo effort, which could emerge sooner than expected. Earlier this month, Hamad dashed any hope for an imminent Cole album when he tweeted, “Just to clarify, There is no Cole album coming out soon and There is no Cole interview coming up,” but that slightly changed on Tuesday (July 21) when Cole announced the first two singles from The Fall Out, the follow-up to 2018’s KOD, were right around the corner.

According to a tweet from the married father of two, the two singles are called “The Climb Back” and “Lion King On Ice,” which are expected to arrive at 10 p.m. EST on Wednesday (July 22). In terms of a release date for the album, well, no luck there.

“The Climb Back – produced by me,” he wrote. “Lion King on Ice – produced by J. Cole, T-Minus, and Jetson. First 2 songs from The Fall Off. Dropping tomorrow night 10pm. No date for the album yet, taking my time, still finishing.”

The Climb Back – produced by me.
Lion King on Ice – produced by J. Cole, T-Minus, and Jetson. First 2 songs from The Fall Off. Dropping tomorrow night 10pm. No date for the album yet, taking my time, still finishing. ❤️