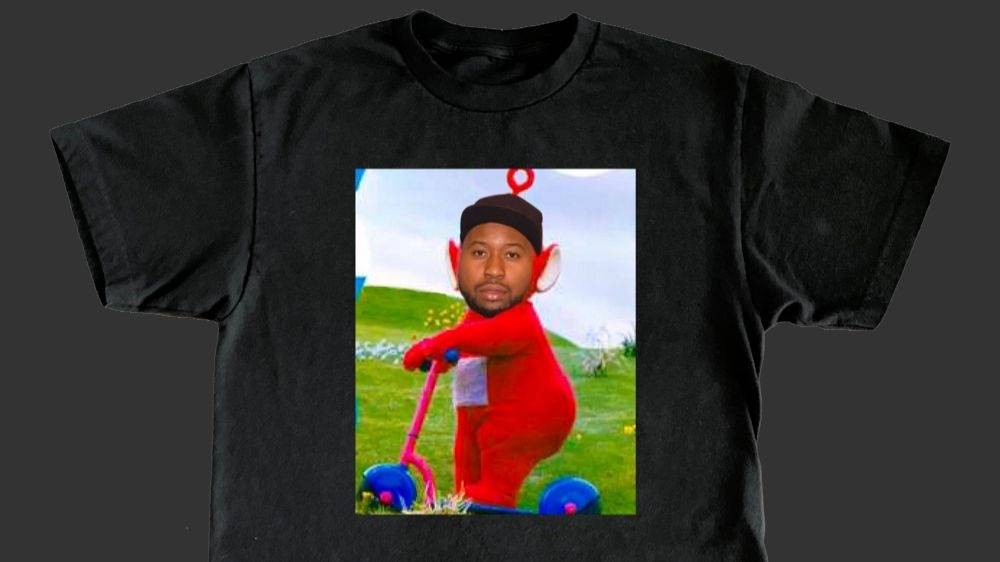 Freddie Gibbs has upped the ante on his war with Akademiks. On Tuesday (June 30), the recently signed Warner Music Group artist shared a newly pressed “Fuck Akademiks” t-shirt via Twitter and announced “all proceeds go towards gettin this fuck nigga out the rap game.”

The front of the $40 shirt has the Everyday Struggle co-host’s face photoshopped onto a Teletubby’s body while the back reads, “Akademiks is the police.”

All proceeds go towards gettin this fuck nigga out the rap game. https://t.co/AdACv5vOb4

The beef between Gibbs and the outspoken media personality kicked off on Monday (June 29) after Akademiks said Gibbs was “absolutely irrelevant” if Jeezy is, a reference to a comment Gibbs made about his former CTE World boss during a recent interview with Bootleg Kev.

The two have been going at it ever since. Gibbs has vowed to “torture” Akademiks until he quits his job. He warned in an Instagram post, @akademiks Thou shall not fuck with the Kane.”

@akademiks Thou shall not fuck with the Kane ?

But that’s just the tip of the iceberg.  Gibbs also wanted proof Akademiks “didn’t have oral sex with Tekashi [6ix9ine]” while offering $5,000 to any woman who would admit to sleeping with him. Meanwhile, Akademiks wanted to see Gibbs’ tax returns and other proof of income to prove who was making more money.

He then got his BFF 6ix9ine on the phone who inadvertently blamed Nine Trey Gangsta Blood member Anthony “Harv” Ellison for shooting at Gibbs in 2014.

The new “Fuck Akademiks” t-shirts are available in black and white. Find them here and peep the graphics below.