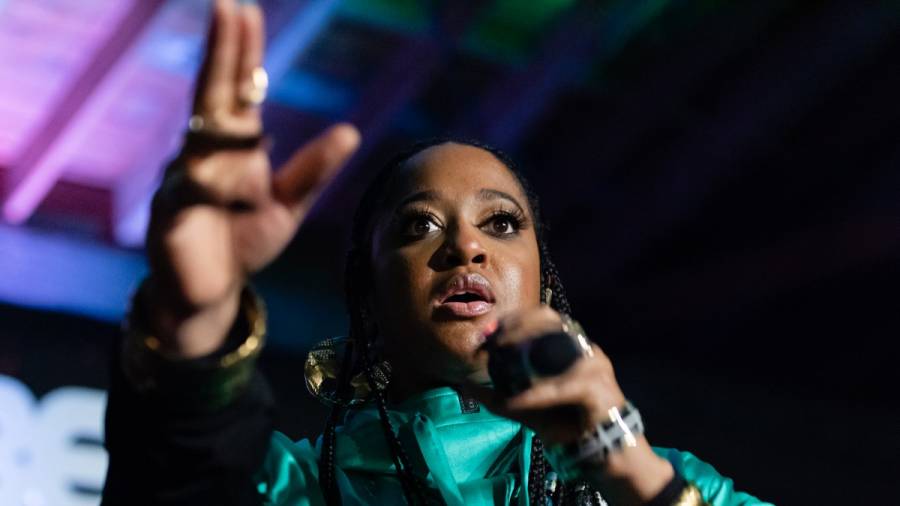 Frankfort, KY – Various artists headed to The Bluegrass State on Thursday (June 25) to rally in the name of Breonna Taylor.

Common, Rapsody, MC Lyte, Mysonne and Jada Pinkett Smith were among those in attendance at the Kentucky State Capitol in Frankfort as people demanded the arrests of the officers involved in Taylor’s murder. The late EMT’s family and Ahmaud Arbery’s mother were also in attendance.

Common performed a poem at the rally, dedicated to Taylor and all black women.

#BlackLivesMatter: I wrote a poem dedicated to Breonna Taylor and Black Women everywhere that I shared at today’s rally. Love. pic.twitter.com/DLiNaehaHs

Earlier this month, Beyoncé wrote a letter to Kentucky’s Attorney General Daniel Cameron urging for justice for Taylor, who was killed by Louisville police inside her own apartment on March 13. While one cop involved has since been fired, the other two remain on administrative leave and none of the three are in prison.

View more moments from the rally below.

Kentucky is standing for Breonna, and the country is standing with us. Thank you to @common , @jadapsmith, and everyone who came to Kentucky to raise their voices in solidarity.

Jada Pinkett Smith brought Willow and Jaden to Frankfort #Kentucky with her to stand in solidarity with #BreonnaTaylor’s mother. @untilfreedom pic.twitter.com/aV2NaTzgi2

Tomorrow at 11am, roll up with us to the Kentucky State Capitol in Frankfort. We all gonna be there and so will @common & @rapsody & @yandysmith & @TamikaDMallory & @Mysonne & the families of Breonna and Atatiana and Ahmaud. #JusticeForBreonna https://t.co/lDmjmDS3zS