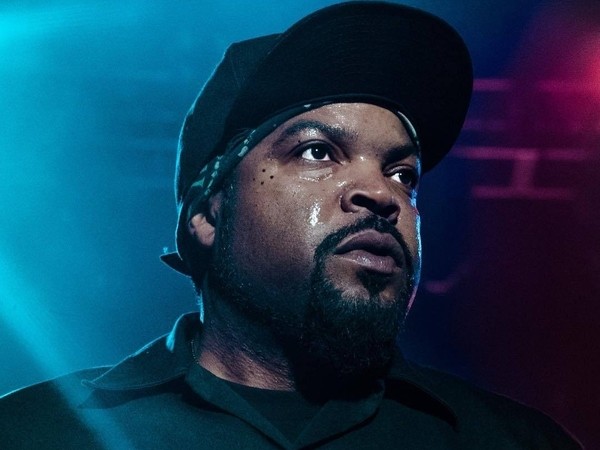 The outrage surrounding the death of George Floyd is at a fever pitch. The 46-year-old black man died on Monday (May 25) after white Minnesota police officer Derek Chauvin had his knee on Floyd’s neck for roughly four minutes.

On Wednesday (May 27), Ice Cube — who was one of the first Hip Hop artists speaking out about the incident — shared a photo to his Instagram account that has since gone viral. The photo allegedly shows Chauvin wearing a red hat with the words “Make Whites Great Again” written across the front of it.

The “Fuck The Police” legend wrote in the caption, “A wolf in wolves clothing. The demons are among us. #Fightthecowards.”

A wolf in wolves clothing. The demons are among us. #Fightthecowards

In recently released surveillance video of the confrontation, Floyd shows no signs of resisting arrest as the officer claimed in the police report. As the video continues, Floyd is heard pleading for his life, saying, “Please. I can’t breathe.” The officer replies, “What do you want?” to which Floyd repeats, “I can’t breathe.”

He was pronounced dead at Hennepin County Medical Center around 9:25 p.m. local time.

In the wake of Floyd’s death, the streets of Minneapolis have erupted in protests. While speaking to CNN on Tuesday night (May 26), Floyd’s family said simply firing the four officers involved isn’t enough. They want them all charged with murder.

Floyd’s brothers, who described him as a “gentle giant,” said Floyd “didn’t hurt anybody.”

One of those brothers, Philonise, said, “Knowing my brother is to love my brother. They could have tased him; they could have maced him. Instead, they put their knee in his neck and just sat on him and then carried on.”

Not long after the photo started making the rounds, “Make Whites Great Again” became a trending Twitter topic. However, it was determined the man in the photo wasn’t actually Chauvin — he’s a convicted felon named Johnathan Riches.

Despite the identity blunder, the fact remains the same — plenty of people want Chauvin and the other three officers charged for Floyd’s death.

The white guy in the “Make Whites Great Again” hat is some racist named Johnathan Riches. He absolutely sucks but is not the police officer, Derek Chauvin, who took a knee on George Floyd’s neck. Cold blooded murder is far more proof of racism than some modified MAGA hat anyway. pic.twitter.com/9uHbsjqCIv

Cube cancelled his scheduled appearance on Good Morning America. On Thursday (May 28) he was set to appear as a guest on the show, but due to the recent events, tweeted that he was “in no mood to tell America, good morning.”