Not long after Meek Mill called Tekashi 6ix9ine a “rat,” the controversial rap figure is firing back. On Friday (May 8), minutes before 6ix9ine is scheduled to make his first appearance on Instagram Live since his prison release, the 23-year-old essentially told Meek to have a seat.

“Imagine having a new born baby come into the world & be pressed about a Mexican with rainbow hair,” he wrote underneath Meek’s tweet. He added a laughing emoji to emphasize his point.

Meek went on a Tekashi Twitter tirade early Friday, insisting his new song is “trash.” He appears to think someone who snitched in a federal case shouldn’t be welcomed back into the rap community.

“Now you just a informant behind a keyboard tryna troll families you ruined so it’s not gone hit the same,” he wrote. “and by the way I’m doing this for my ‘sons’ so you won’t be around to impact their lives ever!! All these cops killing people and this nigga about to go live joking about being apart of that to feed some rich white people lol when they make spaceships y’all know we copping up right lol.”

In a series of tweets, Meek continued to bash the New-York rapper before concluding that someone should take his phone.

“I’m sorry I lash out sometimes when I see people playing like that lol I been locked up too many times like a animal. Sam change my passcode and don’t give it me nomore.” 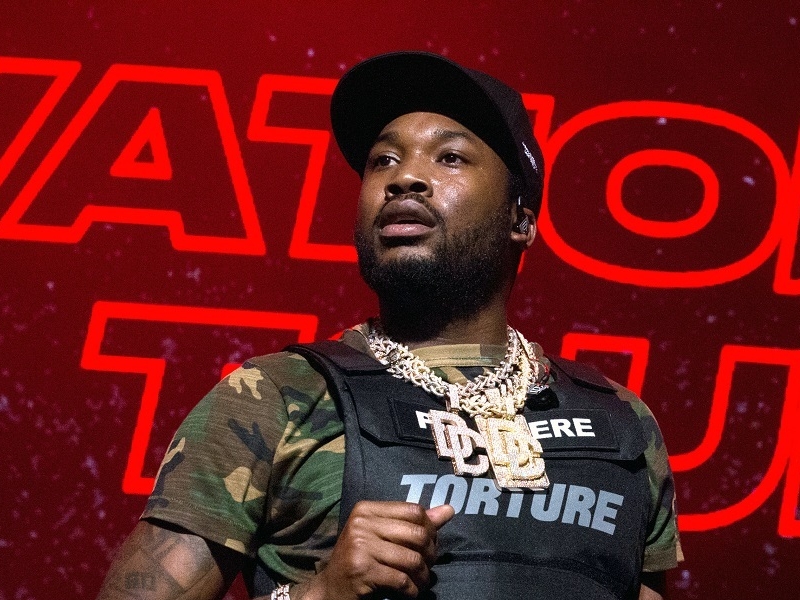 Although 6ix9ine’s attorneys promised he wouldn’t be up to his old social media tricks — even though he already had — it looks like some things never change. 6ix9ine is going live at 3 p.m. EST and promises a new song and video.