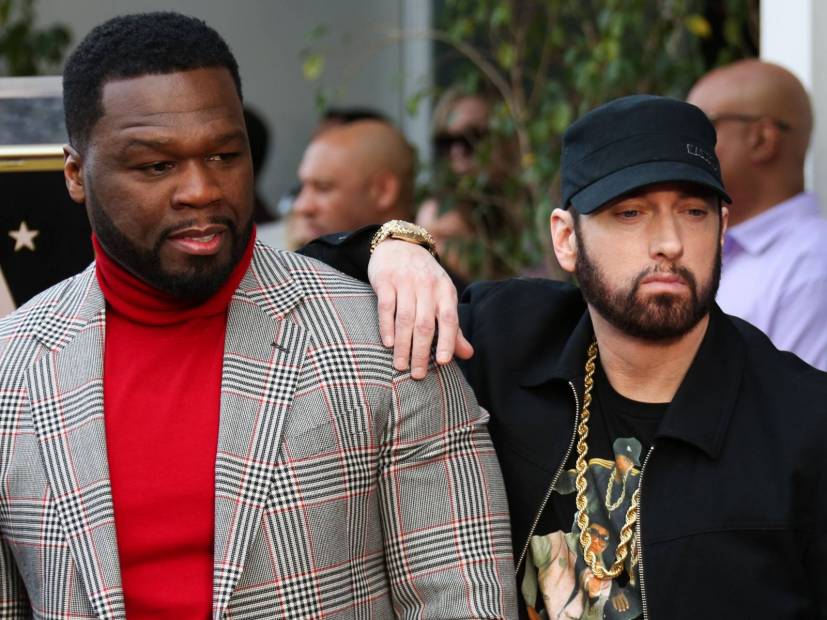 Eminem is showing support for 50 Cent’s latest endeavor — like any good ride-or-die would do. On Tuesday evening (May 5), Shady fired off a tweet in support of Fiddy’s new book, Hustle Harder, Hustle Smarter.

“Like he said: Get Rich or die tryin’!!” he wrote alongside a photo of the book’s cover. “Get my friend @50Cent’s new book Hustle Harder, Hustle Smarter to help learn how!” He kindly included a link to the Harper Collins website.

Like he said: Get Rich or die tryin’!! Get my
friend @50Cent’s new book Hustle Harder, Hustle Smarter to help learn how! https://t.co/2S49lAorai pic.twitter.com/E9A5BdeAro

50 and Em’s relationship stretches back decades. Before the coronavirus pandemic hit, Shady made a rare public appearance at the Hollywood Walk of Fame where Mr. Curtis Jackson was receiving his star on the iconic strip.

The veteran Hip Hop mogul received the honor on January 30 in front of the W Hotel near the corner of Hollywood Boulevard and Vine Street where his star is located.

During the ceremony, Em delivered a heartfelt speech about 50 which was peppered with a few jokes along the way.

“I just want to say I’m here today because this is not only a business partner to me, it’s one of the best friends I’ve ever known in the world,” he said in a video captured by 92.3 FM The Real. “I would say that it’s much more fun to be his friend than it is to be his enemy ’cause this guy is fucking relentless and he won’t stop. And in the same way he’s relentless in his battles, he’s also relentless in his business. 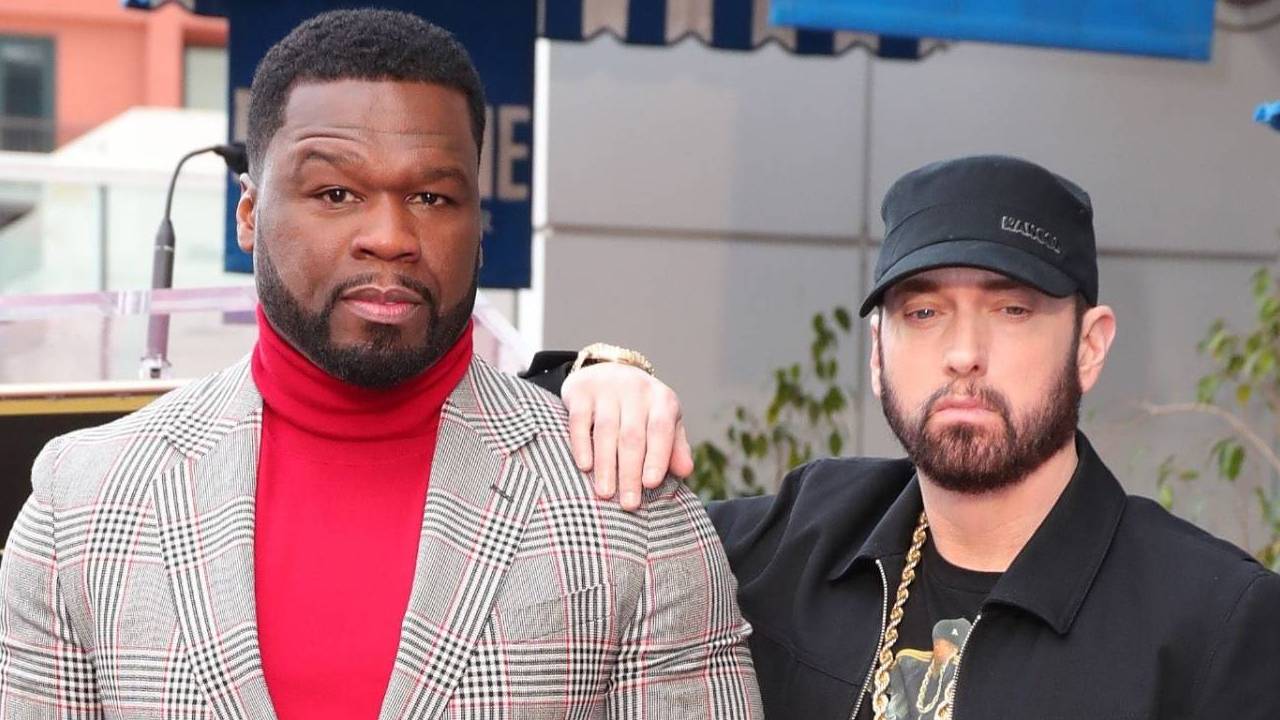 “He’s an artist, an entrepreneur, an actor, a director, a producer … he can juggle, he’s great at Scrabble — he pretty much does it all. And he’s also helped through a lot of hard times in my life and he’s always been there when I need him. So 50, congrats on your star, man. Hollywood made it official, but I knew from the beginning. Dre knew from the beginning.”

50 isn’t new to the literary world. Back in 2009, he published The 50th Law with acclaimed author Robert Greene based on the best-selling book and Hip Hop favorite, The 48 Laws Of Power. The offshoot became a New York Times best seller, debuting at No. 5 on the list. 50 has his hands in the world of television, film, music and now he looks to continue to build his mogul status as an author.