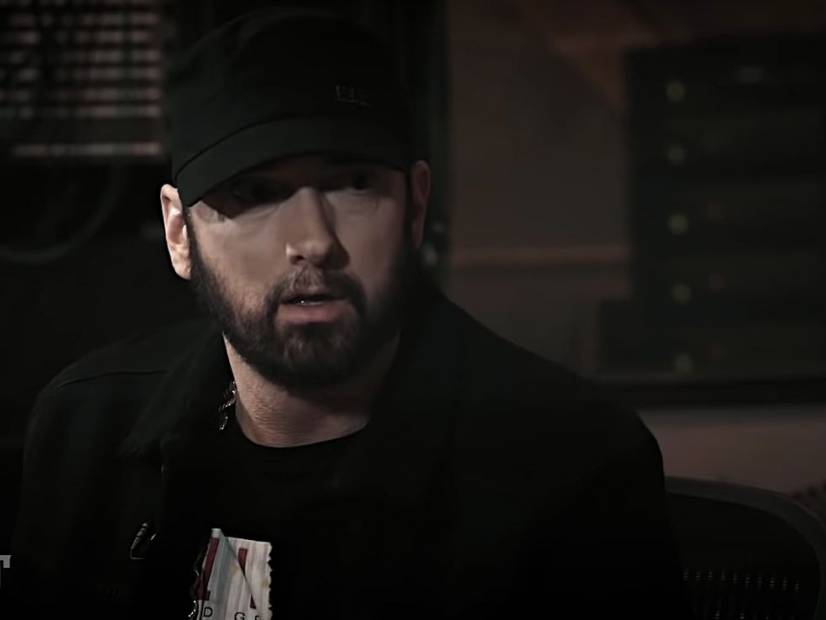 Here's How Quarantine Is Affecting Eminem

Eminem and Paul Rosenberg chopped it up with veteran journalist Sway Calloway during a recent interview on Shade45 where they visited a myriad of topics. Naturally, the subject of the current pandemic came up and Em revealed how self-quarantine has been affecting him.

Although he says his celebrity status has basically kept him isolated for years, the stay-at-home order is still something he struggles with accepting.

“It’s not the same when you can’t do a lot of your regular routines and shit, and going to the studio is like my outlet. We can’t really get in and do much, so I’ve just been writing.”

. @Eminem recently hit #SwayInTheMorning on @Shade45 to talk quarantine life, mom's spaghetti & the launch of #LoveYourDJ. Hit the site to learn more about it & check out the interview – https://t.co/w5GQlovewr pic.twitter.com/qBAPjrBRpZ

Elsewhere in the conversation, Shady recalled getting the silent treatment from Chicago Bulls legend Michael Jordan during a rare phone call.

“Everything was good until we get to the end of the phone call and I said, ‘Yo man, when are you gonna come to Detroit so I can dunk on you?'” he said. “And it was crickets. I don’t remember exactly what he said, but I think he just was kinda [laughing]. I remember getting off the phone going, ‘Oh my God, I think I mighta just blew it.’ To me in my head, it was a total joke.”

Em also talked about his COVID-19 relief efforts, which include donating his famous Mom’s Spaghetti to Michigan healthcare workers and his “Love Your DJ” contest.