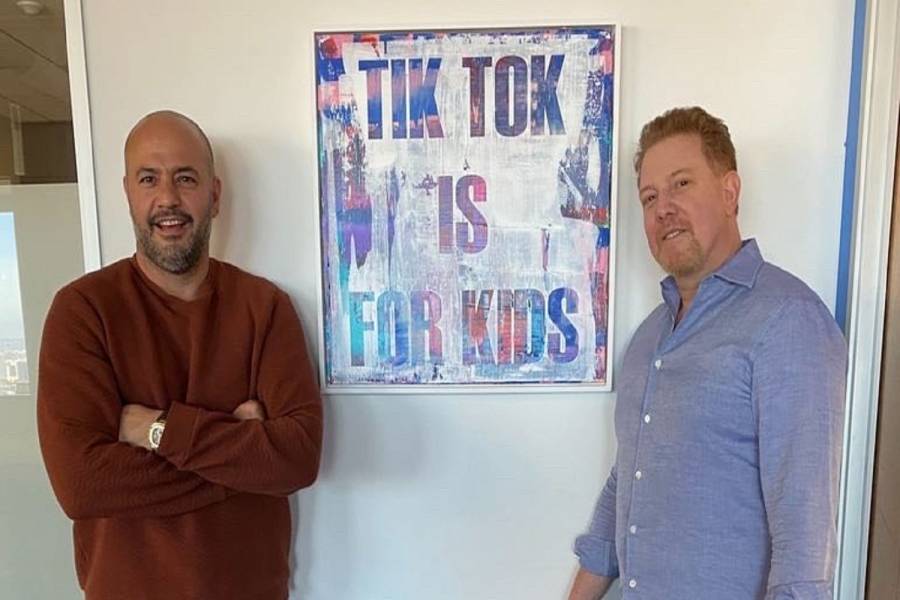 New York, NY – There is no shortage of social media apps available in 2020, and it can be difficult, if not impossible, to keep up with them all. Today’s independent Hip Hop artists, however, know that social media is a key pipeline to success, as it’s a way to connect with both old friends and new fans.

For Triller co-owner Ryan Kavanaugh, however, his platform offers artists something else: a chance to connect with the biggest, and brightest, stars in the music business today. “Because we created a technology that makes it very easy for emerging artists to put on a song, a video, an album, and premiere it — and we made it very easy for users to find it — it’s also led to managers and labels using us as that tool to find, and sign, artists,” he told HipHopDX exclusively. “And we have dozens and dozens of examples. I don’t want to say the name, but one of the largest managers in the business told us that they probably find an act every two weeks on Triller that they go sign.”

Day 2 of #TRILLERFEST was a huge success, thank you to everyone who performed and donated! NOW TUNE IN TO DAY 3, and let’s do Sunday right with @migos, @pitbull , @Marshmello and many many more! Trillerfest.com #Complex #MusiCares #NoKidHungry

That seems to be a pretty audacious boast, especially when one considers how few “social media success stories” exist in the 21st-century pop culture zeitgeist. Those old enough to remember when Myspace was the premier social media platform, for example, can point to a few notable examples of artists that got their “big break” courtesy of the now-defunct platform (you can thank Thomas Anderson, a.k.a. “Myspace Tom,” for giving us Jeffree Star, as a word of note). But thanks to the glut of social media influencers, and the not-so-secret tendency of influencers to purchase likes and followers — thus throwing off organic engagements — one would be hard-pressed to name a rapper that got “chose” off of Instagram.

But Kavanaugh says that the nature of both the Hip Hop audience — and the Triller app in general — makes authentic engagements de rigueur. “I’ll call it, Hip Hop, urban audience … we don’t really call it a demographic anymore, we call ourselves a culture-graphic. Right?” he said. “And because it’s urban, it’s authentic. We don’t push anything. It’s not an audience that can be sold to, it’s not an audience that can be spoonfed something. So, what ends up happening is that audience, which is very organic and very raw and isn’t looking for, “Oh, what’s cool?” But they’re also looking, very much, for what they believe in.”

It helps that Triller’s co-owners include The Weeknd, Marshmello, and Lil Wayne, thus keeping Kavanaugh and other Triller executives on their toes about authenticity.

Perhaps the best testimony to Triller’s relevance, and importance, is how Eminem chose that platform — above all others — to run his #GodzillaChallenge.

“Fill ‘em with the venom and eliminate ‘em” @triller #GodzillaChallenge is on. Who can spit it? Reposting + got prizes for my favorites. https://t.co/jWfW83X7P8 pic.twitter.com/jKMpJH7nw7

This type of supreme co-sign, combined with their recent partnership with Snapchat, and their successful #TrillerFest — a virtual Live Aid that featured a who’s who of Hip Hop, including Snoop Dogg, Migos, and Pitbull over the course of three days, and raised money for COVID-19 focused charities — have permanently cemented Triller’s place in the world of social media.

TrillerFest is happening this weekend! Join me and other artists as we raise money for those deeply affected by COVID-19. #TrillerFest @triller pic.twitter.com/PDdIPryqgi

Kavanaugh, however, says that it’s important for indie rappers to utilize the platform to promote their work, and to engage authentically with their fans, while also understanding how to do so in a post-COVID-19 world. You have to do more, really, than just spam a publication’s Twitter with links to your music.

“The ability to use Triller to then repost to all these other platforms, those, call it, authentic portions of our culture-graphic then publish what they find onto those other platforms. And that then leads to the world to find it. We believe Triller has forever changed how music is used and shared and this step gives our users an even broader offering,” he said.

Triller is available for download on both Android and Apple.