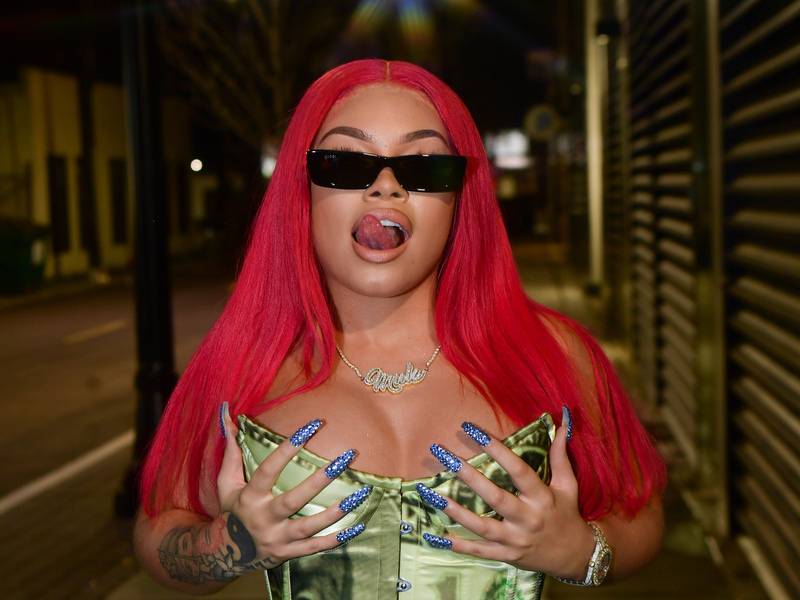 Mulatto, who won the first season of Lifetime’s reality series The Rap Game, has inked a deal with RCA Records. The label announced her signing along with the release of her “Bitch From Da Souf (Remix)” video featuring Saweetie and Trina.

“We’re excited to have Mulatto join the RCA family,” RCA chairman and CEO Peter Edge said in a press release. “She is a bright, talented young star who has already made incredible strides in her career. She is rapidly becoming a frontrunner amongst her peers and we’re looking forward to being a part of that process.”

Mulatto credits her breakthrough single “Bitch From Da Souf” for earning her multiple contract offers. After turning down a deal with Jermaine Dupri in 2016, the now-former independent artist disclosed why she decided to sign with a major label years later.

“The buzz that ‘Bitch From Da Souf’ created put so many offers on the table for me all at once,” she said. “I was in New York and L.A. having meetings back to back. RCA stood out off rip. The meeting didn’t feel like a meeting at all. Everybody from the interns to the CEO [Peter Edge] himself were there to meet me when I got there. We popped bottles, played new music and really just talked shit on a Friday night way after the office was already closed.”

Mulatto added, “Signing was especially a big deal for me being that I came from a TV show where I publicly turned down a record deal. For five years I worked independently waiting for the right opportunity to present itself. I knew in my heart that it was time and felt 100 percent confident in choosing RCA.”

View Mulatto’s “Bitch From Da Souf (Remix)” video above and revisit the original below.