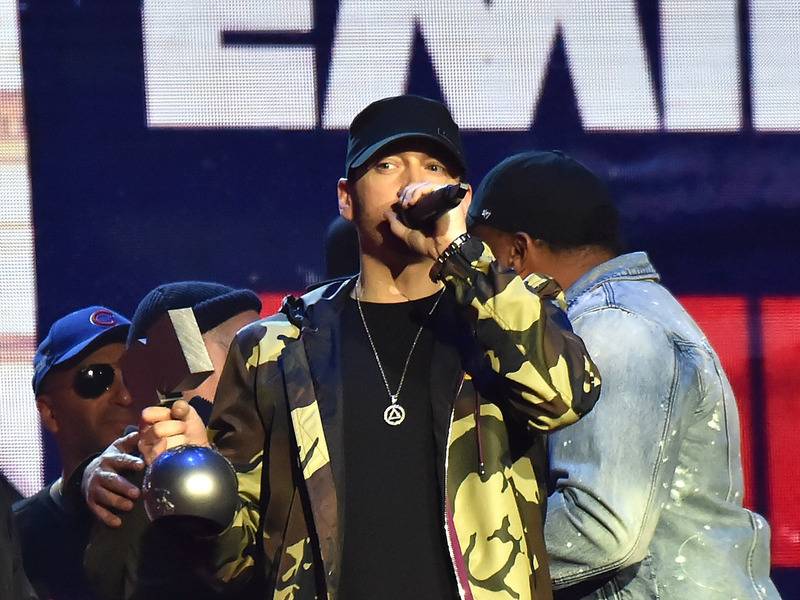 Record Store Day falls on April 18 this year and Eminem is ready for it. On Thursday (March 5), the Hip Hop giant fired off a tweet announcing “exclusive wax” for the annual event was on its way.

“Hi My Name Is” originally appeared on The Slim Shady LP in 1999, while Dr. Dre’s “Bad Guys Always Die” featuring Em first showed up on the Wild Wild West soundtrack that same year.

Shortly after the track’s release, Em’s mother Debbie Mathers filed a $10 million slander lawsuit against her son for suggesting she does drugs with the line, “99 percent of my life I was lied to/I just found out my mom does more dope than I do.”

The lawsuit was settled for $25,000 in 2001, but Mathers only received $1,600 of the settlement after Judge Mark Switalski ruled $23,354.25 of it should go to her former attorney. Shady later referenced the suit in the 2002 song “Without Me” with the lyrics, “I just settled all my lawsuits/Fuck you, Debbie.”

Revisit the “My Name Is” video below.