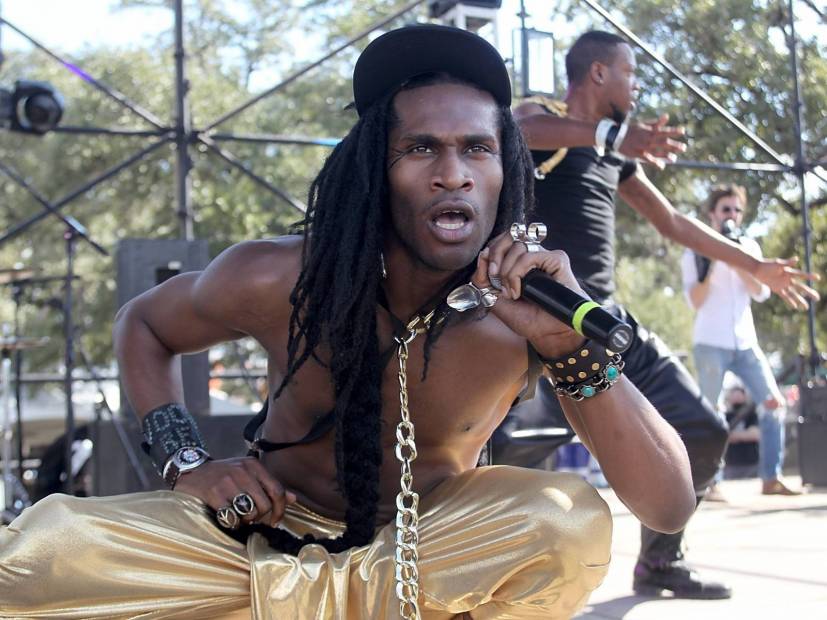 New Orleans, LA – New Orleans bounce artist Vockah Redu has launched a GoFundMe after he was robbed in his hometown. According to the GoFundMe description, the window of his vehicle was smashed in and the thieves made off with a beat machine, theremin and stage case.

“Until it’s replaced, I won’t be able to give the show you’ve been seeing, much less develop the new routines,” Vockah wrote. “During last year’s Epic Beard Men [Sage Francis and B. Dolan] tour, I purchased a new SP-404A which I’d begun using onstage, in addition to my Moog Theremini. Both are now gone, and I feel like they stole my heartbeat.

“We’re in NOLA filming in order to launch a Patreon a few months from now, but the circumstance has caused us to open up this GoFundMe and that page a little early. More positive updates coming soon, but hopefully this is just a sign from New Orleans that it’s time for me to create the New.”

Heyyy y’all I’m still in disbelief But I’m stronger than that and yes I’m still blessed Still booked and busy … To My Beatfreaquency I need u to know ….it’s ya under control I got it …..as it unfolds , I got u I promise I promise I want it – @syd #VockahRedu #poprockneovock #comingbackhard #magnoliasoldier #LynellSon #ReduioAwake1:10a.d.

Vockah Redu & the Cru released Vockduismz in 1996, which spawned the single “Avenue Anthem.” The song was quickly embraced by the bounce community and started gaining traction. The group followed up with “Pump It Up” in 1998, earning constant airplay at block parties and clubs throughout the city.

A year later, WQUE-FM threw “Bout It Whoa” in rotation for the first time on New Orleans radio, but it was 1999’s “Roll Call” that took Vockah to another level. The song’s instrumental has been used so many times, it’s sometimes referred to as “The Beat.”

As stated in the GoFundMe description, “Artists like Kady Red, Big Freedia and Sissy Nobby would follow. Vockah continues to develop new music and tour the world, presenting an other-worldly experience in music and culture wherever he goes. Bounce, Hip Hop, spoken word and high energy choreography combine to make Vockah’s show an undeniable force.”

Check out “Roll Call” below and find the GoFundMe here.