Fresh off of the release of his latest album Shake the Snow Globe, Russ stopped by The Rap Pack podcast for an in-depth conversation with hosts Carl Chery, Trent Clark and Jon Tanners.

the culture eats its own and it’s very sad…hyenas. FULL INTERVIEW IN BIO @rappack

As the conversation turned to drug abuse within the Hip Hop community — a topic which Russ has been vocal about in the past — the platinum-selling MC discussed the phenomenon of rappers modeling their careers on rock star ideals.

In his explanation, he suggests a parallel to drug use and the quintessential “rock star” lifestyle.

“The rap star archetype was not a drug user. It was a drug dealer,” he notes, adding the move toward rock ideology extends to the music itself.

“[There’s] no real rapping. It’s just screaming, and it’s more about the intensity, which is turnt. I love some of that shit,” he admits. “But, a lot of the rap now has been modeled off of those rock archetypes as opposed to the rap star archetypes.”

He turns to the ultimate archetype to prove his point, JAY-Z.

“I don’t know how many young kids in their 20s that are modeling their lifestyle and their rap career off of JAY-Z, which is sad,” he says. “It’s unspoken, but I think [he] is probably the goal for everyone who starts to rap.

“If you want the most money, how are you not trying to model [your career] after JAY-Z,” he adds.

A main element that Russ points to when breaking down Jay as the apex career blueprint — aside from being incredibly gifted lyrically — is his aversion to harmful lifestyles (something that came from experience and growth).

He also points to the common criticism that Jay’s raps are out of touch with the everyday listener, something he says actually makes perfect sense.

“He supposed to be the one running over the hill before all of us because he’s further along and telling us, ‘Nah, this isn’t it anymore,” he exclaims. “Why do you want JAY-Z to be on you’re on? I’ve never understood this … it shouldn’t feel relatable. Like, I can’t relate to a lot of shit JAY talking, you know? But I love that, cause I’m like, ‘Oh there’s room to grow here.’”

After rhetorically challenging The Rap Pack to name five artists following Jay’s lead, he mentions the late Nipsey Hussle and Meek Mill but adds that the generation below them aren’t making the connection. 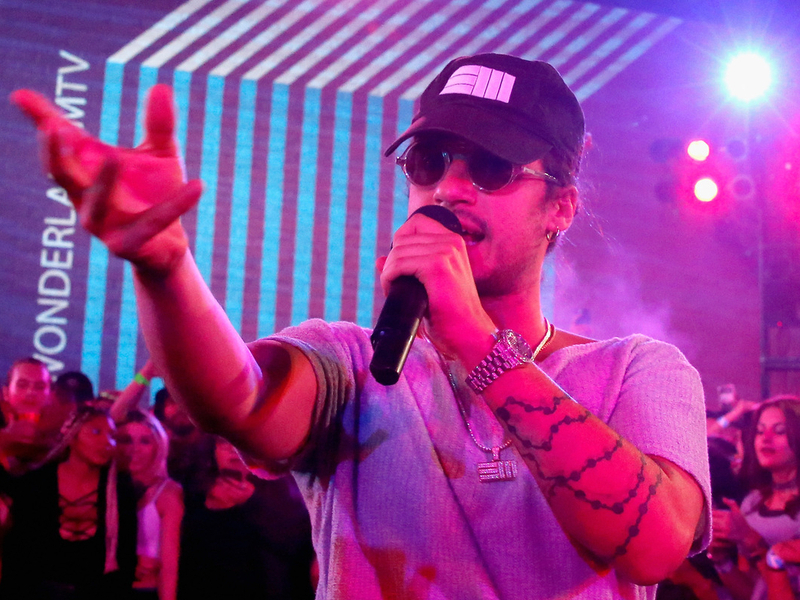 Though, throughout the interview, he does note that he’s trying his best to impart many of the same ideals to his listeners.

“I feel like I’m trying my best to honor that ownership, but it’s sad. More people are concerned with being rock stars than rap stars,” he says. “We’re losing the essence that made it rap.”

Listen to the entire episode above.