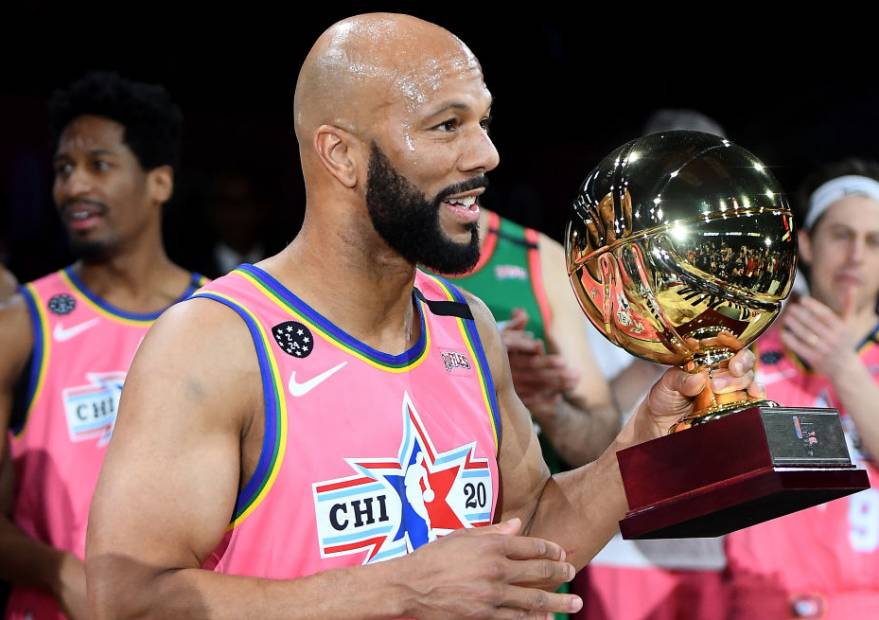 Chicago, IL – In a contest that pitted several current and former professional athletes together, as well as host of entertainers and famous faces, Common was the best of the best in the 2020 NBA All-Star Celebrity Game.

The Hip Hop legend added yet another golden award to his mantle on Friday (February 14) when he won the game’s MVP trophy after posting 10 points, five rebounds and five assists.

“I just feel good being home in Chicago,” Common, who served as team captain for his victorious Michael Wilbon-coached squad, exclaimed. “I just wanted to represent for cats like Quentin Richardson [who also played] … Derrick Rose and all the ballers who come here — [like] Isiah Thomas.”

Common then explained how he wore jersey No. 25 in honor of Ben Wilson, the 1980s youth star hooper who was murdered in the city’s streets before he could even finish high school.

“I got some awards but this a great award right here,” he continued, hoisting up the trophy.

In addition to the 2020 NBA All-Star Celebrity Game MVP, the 47-year-old multi-talent has an Academy Award, Golden Globe and several Grammys at home.

The game was highlighted by Stephen A. Smith’s historical technical foul and last year’s MVP in Quavo going 1-10 from the field.

Watch Common give his post-game MVP interview below.