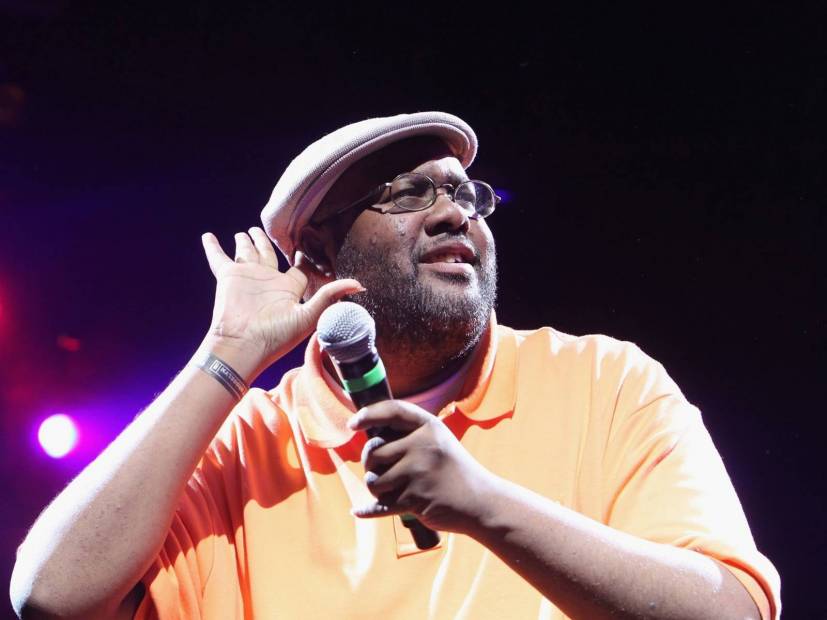 Phoenix, AZ – The day has finally arrived. After seven years of a grueling dialysis regimen, Blackalicious MC Gift of Gab has checked in to the Mayo Clinic Hospital in Phoenix, Arizona for a long awaited kidney transplant.

The surgery wasn’t expected to happen until March but on Friday night (January 31), he got the call he’s been waiting for. Fortunately for Gab, he launched a GoFundMe campaign earlier this week to help with his recovery. The initial goal was set at $8,000, but he’s already raised over $20,000.

On Saturday (February 1), Gab hit up the Blackalicious Instagram account to provide his fans with an update.

“I got a call last night saying your kidney is ready, be here by 10 a.m. tomorrow,” he says. “It’s about 9 right now. I’m on my way to the clinic to get my new kidney. I want to say thank you to everybody that has donated to the GoFundMe.

“We’re going to keep the GoFundMe going for another week ’cause I’m going to be out of work for probably three months and I gotta pay for lodging and all of that good stuff. I’m already grateful, but anything extra just makes it easier for me to heal. Thank you to everybody once again.”

Hey friends, A joyous message from Gift of Gab! Peace and love

A post shared by Blackalicious (@officialblackalicious) on Feb 1, 2020 at 9:27am PST

As Gab promised in the initial video, he updated his fans shortly after checking in to the hospital. Dressed in a hospital gown, Gab filmed himself on a hospital bed being rolled to the floor where he’s going to have his surgery.

“Yo, I want to thank everybody for the GoFundMe support,” he says. “Send out prayers, send out positive energy for me. I’m about to go under and come back with a new kidney. Bow.”

A kidney transplant typically takes between three and five hours to complete. In the meantime, donate to Gab’s GoFundMe here and check back with HipHopDX for updates.

From @iamthegiftofgab Thank you all for your love and support! #trulyblessed