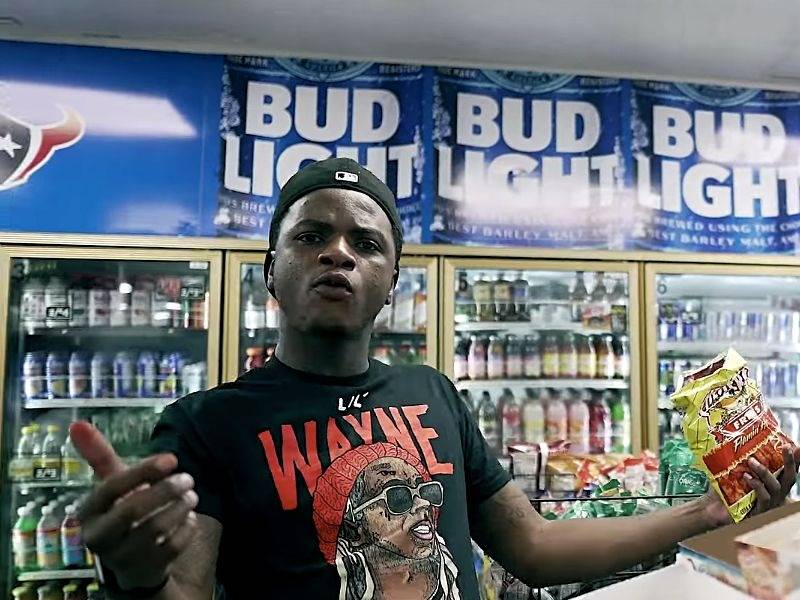 Dream Chasers artist Yung Ro was in the middle of an Instagram Live session when he noticed a man on a Valero gas station roof in Houston, Texas who appeared to be about to take his own life.

“This man about to jump off the roof, man,” Ro says in the clip. “Look at this man. We gotta get out. Pull over. This man on top of the roof. Hold on.”

From there, Ro is filmed running toward the chaos. By this point, police officers and firefighters were already on the scene and a sizable crowd had gathered around the gas station.

As he approaches the Valero, he starts yelling at the man, “Don’t play like that, man! You about to be gone!” In a third clip, Ro attempts to help the authorities talk to the seemingly distraught man. The man is eventually brought to safety with the assistance of a large ramp.[apple_news_ad type=”any”]

#PressPlay: #YungRo was out here being a good samaritan and pulled over to help speak a man down after he attempted to jump off the top of a gas station. ????

Fans of Ro have given him the title of “he-ro” and he seems to be reveling in the attention. He’s shared several clips of the incident to his Instagram Stories.

Ro was signed to Meek’s Dream Chasers’ imprint last year. He vowed to take of his family instead of spending his money on fancy cars and jewelry.

“Listen, why would I walk around with $50,000.00 worth of jewelry on my neck, and my momma ain’t got no mutherfuckin’ house, my grandma still on dialysis,” he said. “How am I gonna look to them? He just spent 50 on jewelry, it takes like 30 for my grandma to get off dialysis. Man shit crazy! No I got to get them right then you gonna see me icing myself up, you gonna see me walking in designer shoes.”

Apparently, he has his priorities straight.

#Blueface weighs in on the video of #MeekMill’s new artist #YungRo explaining why he hasn’t purchased jewelry yet. Thoughts?? ??? (Swipe Left) ?: @heartofthestreetz