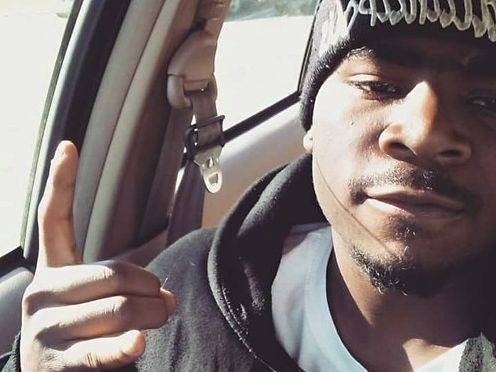 Indianpolis, IN – An Indianapolis rapper named T Ward — real name Troy Ward — was convicted of a 2017 triple homicide after his own song lyrics put him at the scene of the crime, earning himself a “Donkey Of The Day” award from The Breakfast Club.

According to the Indianapolis Star, the 21-year-old Indiana native rapped about details only the killer would’ve known.

Prosecutors played the song in question during the trial and noted each victim was shot in the chest — “two shots to the body”— and in the head — “two shots to the dome,” which Ward raps in the song. Consequently, Ward was convicted of murder and robbery charges in 2018.

Last November, Ward’s attorney argued in state appeals court the song prejudiced the jury, but the conviction was upheld. He insisted “the song was a form of artistic expression, not an admission of guilt.”

But Marion County Prosecutor Ryan Mears said there’s “no mistaking the specificity of the lyrics,” which matched the exact details of incident.

The three victims were killed after Ward and four others robbed 19-year-old marijuana dealer Justin Crowder.

On July 16, 2017, Ward and his entourage arrived at Crowder’s apartment. One of them knocked on the door while Ward hid. As soon as Crowder opened the door, they started shooting. Crowder and his roommates Dominique Miller and Jordan Wright were killed. The assailants grabbed a safe from Crowder’s room and fled to the getaway car where two other accomplices were waiting.

“When you take all of those things together, that song is pretty consistent with the facts of the case,” Mears said. “We pretty much broke it down, lyric by lyric.”

This isn’t the first time nor will it be the last time rap lyrics are used as evidence in a criminal case — but they will have various outcomes.

In 2014, the New Jersey Supreme Court overturned an attempted murder conviction after rap lyrics were used in the case. The court ruled “fictional forms of inflammatory self-expression” can’t be used as evidence unless they closely resemble details of the crime. In this particular case, the lyrics had been written before the crime.

But in 2018, the state Supreme Court in Pennsylvania upheld a conviction in a criminal case that involved rap lyrics. Jamal Knox was charged with terrorist threats after he threatened Pittsburgh police officers by name in some of his lyrics.

After Ward’s 2018 conviction, his attorneys filed an appeal arguing using the song as evidence “heightened the prejudicial nature of the evidence.”

“They were arguing that he created the song after these events and this is evidence that he was there,” White said. “Our argument is it was prejudicial to him because they couldn’t lay out a time frame.”

However, Mears said the admission of the song was “thoughtfully considered and discussed at length” during the trial.

“When we had arguments about whether or not it was admissible, I conceded: Look, Martin Scorsese makes a gangster movie, doesn’t mean he’s in the mafia,” Mears said. “That does not mean he participated in those crimes at all.

Ward was convicted to 180 years in prison.