Rapsody has resurfaced with a new video for “Afeni” featuring Grammy Award-winning R&B singer PJ Morton, one of 16 tracks on the women-empowering EVE. The song, which is named after Tupac Shakur’s mother Afeni, begins with a video clip of ‘Pac spitting part of “Keep Ya Head Up” acapella style at Marcus Garvey School in 1993.

From there, Rap comes in with her first verse and confronts misogyny head on with lines such as, “We never stopped lovin’ you, so turn your love back on/And I pray you feel the same way as that 2Pac song. We ain’t your hoes or your bitches, trophies, or meant for pimpin’/Recognize a gift from God outweighs a birthday or a Christmas.” 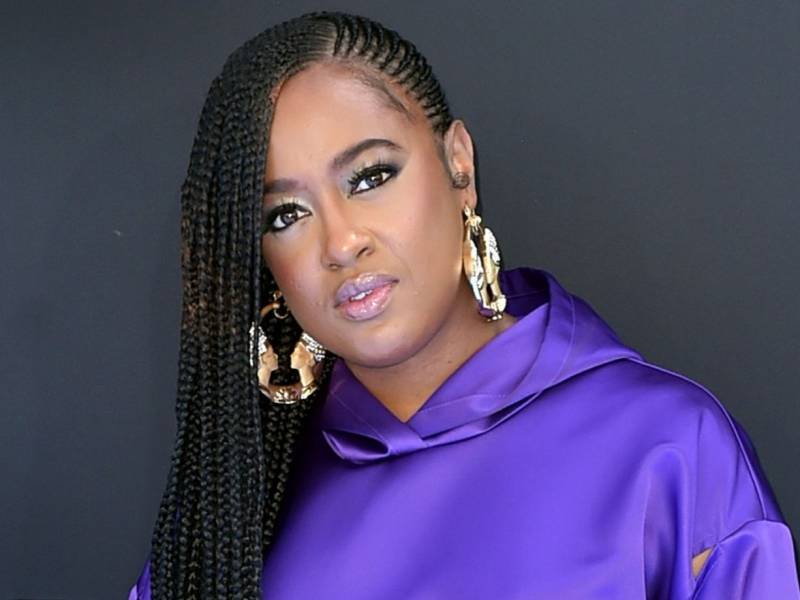 Rapsody Stresses The Importance Of Balance In Hip Hop Regarding Women

Directed by Cam Be, the visual examines the relationship between a black man and black woman. Their union is off to a promising start until the woman finds out she’s pregnant with his child. An argument ensues and they ultimately go their separate ways, leaving the woman to raise a young son alone.

It draws a few parallels to the late Hip Hop legend’s own visual for “Keep Ya Head up,” which also features a pregnant black woman having issues with the baby’s father.[apple_news_ad type=”any”]

Watch an exclusive premier of #AFENI the video on @refinery29 now? (art by @_nothingcleverhere_ )

EVE was released in August 2019 and received a perfect 5.0 rating from HipHopDX. It was also named one of DX’s Best Rap & Hip Hop Albums of 2019.

In an interview with DX, Rap was asked how she was able to look past a lot of misogyny in the ‘Pac’s music.

“That he’s human, you know?” she replied. “And as an artist, all you can do is talk about your experiences and the life that you’ve lived. He’s not perfect. I don’t expect him to be perfect, but what I appreciate is he was honest, he was truthful and he tried. For every song that talks about women in a light that we may not favor, there was another song that reminded you of who raised him.

“That’s why it’s important to showcase Afeni, his mother, to showcase who kind of made Tupac, who he was, why he was so outspoken, why he was so brave and why he could make a song like ‘Keep Ya Head Up’ because he was raised by a strong, black woman.”

Rap continued, “She struggled in her own right and she wasn’t perfect. None of us are perfect, you know? But it’s just important to show that we are human and that the best thing that we can do is listen to each other and try and respect each other in the best way that we can.

“That’s what it is. That’s why I wanted to really showcase Afeni, and it’s not so much about Tupac, but Tupac is a part of it because Tupac was the man he was because of the woman who raised him.”

Watch the “Afeni” video above.