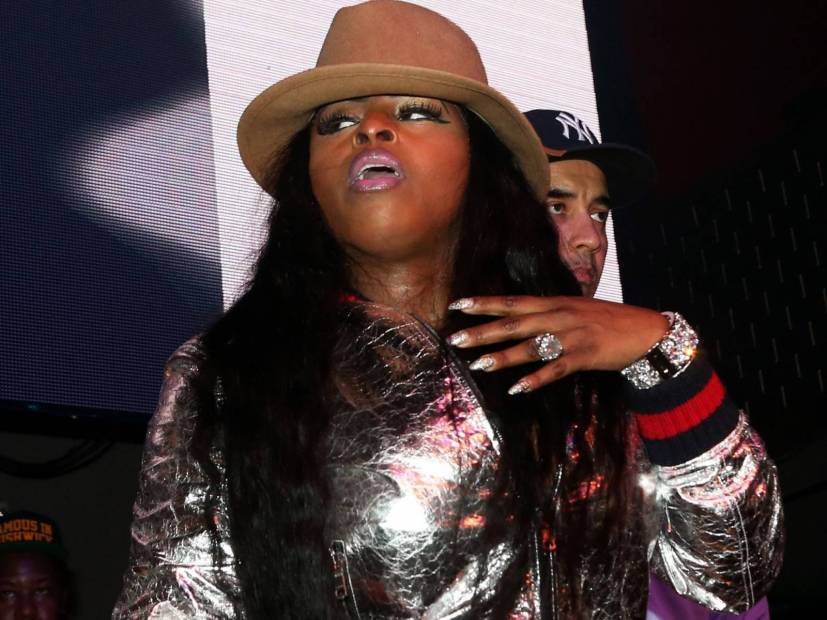 Foxy Brown unloaded a full clip of Instagram fury on DJ Envy to end the year, calling him a “cocksucker,” “DICKRIDER” and “LIL’DJCLUE.”

“Whatever happened with Foxy?” Envy began. “She had a great album and she had another album that came out and it just seemed like just, things just dwindled off.”

Don responded, saying, “She was doing her thing for a while. She actually put out three albums and then, you know, she’s a mom now. Shout out to her a Baby C. She just fell back a little bit. She had an issue with her hearing so she just kinda fell back. Hopefully, we’re gonna see or hear from her soon.”

It didn’t take long to hear from her. Foxy posted a since-deleted clip from the interview on her Instagram with an emoji-charged caption emphasizing the success she’s had, while sending a series of insults Envy’s way.

“FISH ASS ENVY @djenvy Act stupid if u want!” she wrote. “Damn near broke ur BACK carrying MY RECORDS & CHANEL LUGGAGE? Til’ DEF JAM sent u back to the HOOD!!!”

#PressPlay: Oop!! #FoxyBrown had a few words for #DJEnvy 👀 (📹: @breakfastclubam)