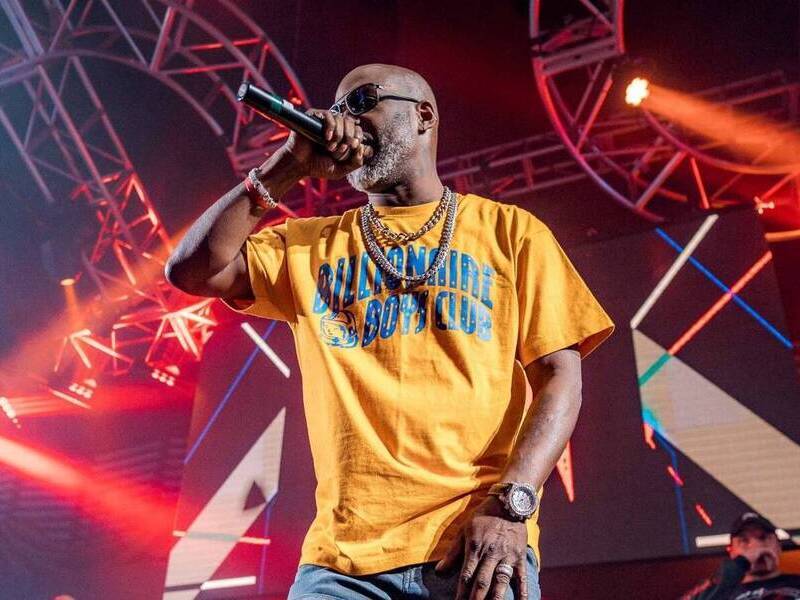 The original Ruff Ryder is back. After a two-month stint in rehab, DMX made a public comeback with two performances in Nevada on Saturday (December 28) and Sunday (December 29).

After a Saturday night show at LEX Nightclub in Reno, X made his way to Hakkasan Nightclub in Las Vegas for a Sunday night gig, performing some of his biggest hits to close out the year. According to TMZ, DMX appeared lively and sober, sipping on water and smoking a few cigarettes before hitting the stage. Afterwards, he even snapped a few pics with fans.

Videos taken at the concerts show DMX performing some of his most well-known singles, such as “X Gon Give It To Ya,” “Where The Hood At?” and “Ruff Ryders’ Anthem.” He also thanked his fans and God for the support.

“When you fall down, get back up,” he said. “Everyone here has been through some shit that was hard but you know what? You never know what God is willing to do for you until you need him to do something for you. You won’t know he’s willing to pick you up unless you fall down.”

Earlier this year, DMX announced he would be returning to rehab and abruptly canceled appearances at Three 6 Mafia’s reunion shows.

“In his ongoing commitment to putting family and sobriety first, DMX has checked himself into a rehab facility,” his team said in a statement. “He apologizes for his canceled shows and thanks his fans for their continued support.”

The 49-year-old rapper has had a long, highly publicized battle with drug addiction. Sources close to DMX told TMZ he went back to rehab voluntarily in an attempt to avoid a relapse, not because he was back on drugs. Apparently, the stress of his youngest son’s health struggles made X feel “old demons and habits creeping back up.”

In his ongoing commitment to putting family and sobriety first, DMX has checked himself into a rehab facility. He apologizes for his cancelled shows and thanks his fans for their continued support.