Interview: Chamillionaire On Navigating Through The Tech World & Alleged Retirement 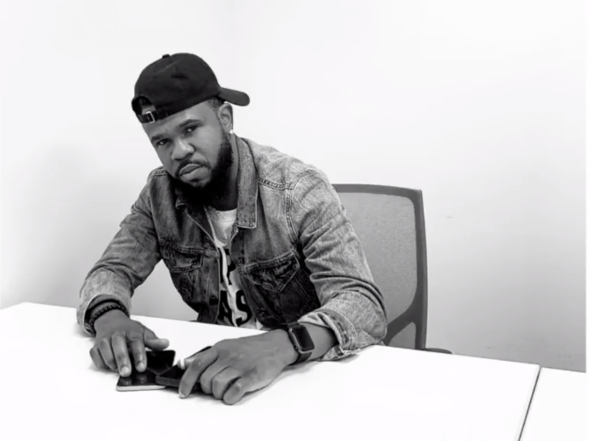 The last time we heard from Chamillionaire on the music tip, it was 2012 and he was promoting his Ammunition EP. A lot has changed since then. These days, the Grammy Award-winning MC is still about his business but instead of music, he is overseeing investments in more than 40 companies and, more recently has teamed up with E-40 to empower young entrepreneurs.

Last month, Cham and E-Feezy-Fonzarelli announced a competition for minority and female-owned startup companies via the Convoz app, with the winner receiving $100,000. Shark Tank judge Daymond John offered to help choose the winner.

“Daymond and I have mutual friends and I’ve always had admiration for his entrepreneurial journey so I just reached out, told him the idea, we talked about it a bit and he was all for it,” Cham told HipHopDX in an exclusive conversation. “With the issues that exist, me, him, E-40 coming together just made sense, mainly because it deals with a lot of people judging pitches, I think that’s the common thread there,” he added.

This is actually the third competition of this nature that Cham has been a part of, but like most facets of his new life, he’s not trying to pat himself on the back.

“I did a $10,000 contest, a $25,000 one and now this one is $100,000. We call it a contest and some people are wondering if it’s a ploy or something like that, but me and E-40 have been investing. This is something that we’ve been doing and now people are learning about it,” said Cham. “Us investing in companies is not new I just finally decided to say something. Doing interviews and talking about it is not something I do too much of these days,” he added.

As an artist, Cham always felt the pressure to “play the game” as they say, but in his new life as an investor, he’s found comfort in flying a bit more under the radar.

“I went on that journey as a musician. I did the whole route, talked to radio stations but then I just got to a point where I realized, what matters man? Is it attention? I think in the music industry they’re after attention so much you have to try to ‘stay relevant,’ and you chase that thing all the time,” noted Cham. “But I see so many people just chasing that thing and not focused on what really matters, what’s really gonna feed their families. When I bring up the investing thing it sounds like a bad word to people. We’re all investing, but we’re investing in things that depreciate, that turn into nothing. Now we just found a way to start doing it in a way that could bring us profits and [return on investment].”

Koopa’s hustle was always strong. In hindsight, his path almost seems like manifest destiny, but as he tells it, the writing on the wall is only effective if you read it.

“Everything just kind of happened. It’s like fate. I was always paying attention to the future. People seem to remember the song ‘Ridin’’ but they don’t really look at the journey. There was a time when artists didn’t have websites and one of the few people that did have a full-blown website was me. Everything we used to do people would be like ‘he’s a nerd,’” remembered Cham. “There was a time when the ringtone thing took off and there was only a few people on it like me and Soulja Boy, even the Napster thing, we were ahead of the curve on that. We’re always jumping on the new thing ahead. So now when you see me doing this thing it may be foreign to people but the way I look at it is, everybody is gonna be there eventually.

As it turns out the first direction the former Upfront Ventures entrepreneur-in-residence looked was inward.

“I started looking at all the companies that were cannibalizing the music industry. There are companies killing the music business, the business that we profited off of and I was wondering why nobody cared, then I realized that a lot of the companies that were cannibalizing the music industry, the executives hired the people that had the information and they had ownership so they weren’t worried about the ship sinking cause they had a raft, so I was like ‘I’ma get me a raft too,'” said Cham. “I started going to conferences and I started seeing the tech world and seeing venture capital and all this money that’s being poured into Spotify and all these companies and it was just a lightbulb.”

He continued: “As an artist, we’d go to the record labels and try to beg them for an advance and they’d try to get us in a 360 deal and try to take all the ownership. You go to the tech world and the money is like unlimited. Apple and Google, they’re throwing so much money into tech and a tech company is attached to everything we know. I’m trying to be on the side of that.”

Ever since Cham jumped in the investment game many fans think he hung up his mic, but the “Turn It Up” rapper says he still plans on making new music but it won’t be on someone else’s schedule.

“There was a lot of stuff in the music industry that didn’t really align with me, but I don’t consider myself gone from the music industry. People always tell me I’m retired. I never said I’m retired. I still feel like I’m gonna put music out whenever I feel like it, on my own terms, when I have something to say,” Cham said. “We’re in a different time now. The game is not to make a dope song, the game is to get as much attention as possible. You do get people that cut through that don’t do all that nonsense like Kendrick and J. Cole, but for the most part, the music industry to me looks like a lot of people trying to get attention and I’m probably one of the last people that like attention. I’m the introvert that knows how to act like an extrovert.”

Even before he was seeking out the latest startups, Cham understood the value of looking into your contract before you sign it, a virtue that is still continuing to pay off to this day.

“I was one of the people that got in there and was like ‘what does this mean? What is 360? I figured out all the nuances cause I was just doing the work and it helped me get a better deal than most artists. People have short memories too, they’ll see me courtside and be like ‘Oh, Cham got all that tech money.’ What they don’t realize is that just off of what I did in the music industry the deals that still exist,” noted Cham.

I’m aware that some people would prefer that I just “shut up and rap” but…… Nah. I don’t expect everyone to care about all the things I care about, but you could never tell me to be silent about things I care about. Via @apnews #ionlyhaveonebossanditsnotyou #imnotheretoentertainyou

As a tenured artist with two decades of prominence, Cham

“I still have a publishing deal with Universal,” he revealed. T”hey still cut me checks. I still get 50 percent of everything. I could still do all the stuff they see me doing without any of the money I’ve made in tech. Remember that phase where everybody was buying super huge chains to try to compete with each other? I went through that, I did it. I’m glad I went through that cause I learned that that was dumb and I could have gotten to a place where I was dead off broke wishing I had that money back. But luckily I was able to survive and now I see those mistakes and I know I’m not gonna make them. I encourage a lot of my peers to think that way too.”