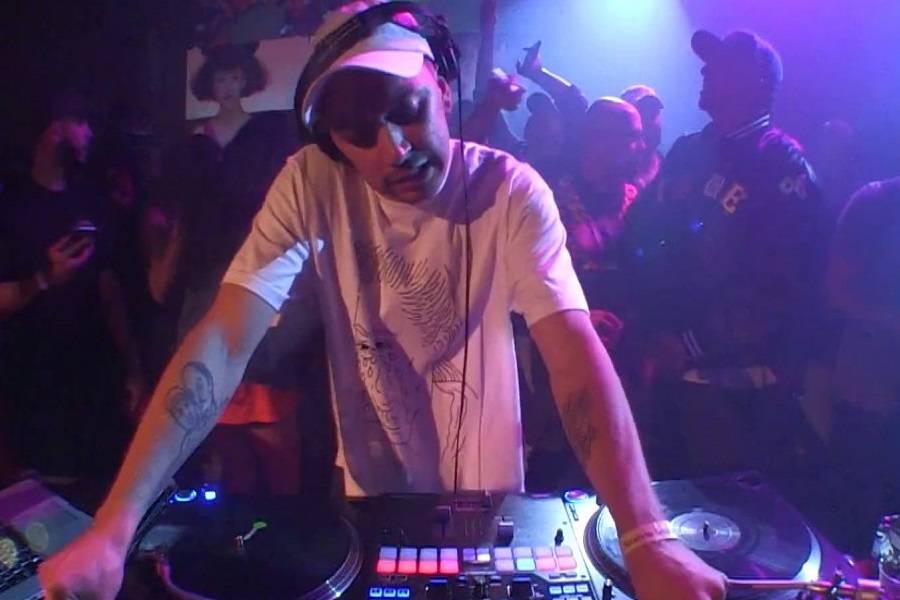 San Francisco, CA – If there’s one thing that can be said about the Red Bull team, it’s that they are dedicated, not only to quality entertainment but to quality Hip Hop music and all its ancillary accouterments. Consistently partnering with the likes of Richard “Crazy Legs” Colon and several DJs throughout the country, Red Bull’s marketing team is dedicated to exposing the general public, at large, to the culture.

Their dedication extends to the promotion of noted DJ J Espinosa, winner of the 2019 Red Bull 3Style competition. The three-time winner credits the energy drink company with not only giving him a platform to showcase his skills, but allowing him to grow above and beyond his hometown.

“That’s the thing about Red Bull: they’re not just throwing money or trying to latch onto a culture that isn’t theirs. They really love Hip Hop,” he told HipHopDX. “And not just the musical stylings — although, of course, that goes without saying — but to all the different aspects of the culture: the DJ culture, the dance culture, even the sneaker culture. That level of love can’t be faked, and they really know their stuff. I couldn’t be more grateful to them for the opportunities they provided.”

Billed as a celebration of the Bay Area’s rich DJ culture and history, Red Bull Presents The Bay featured a lineup of DJs that perhaps don’t command mainstream attention, but who are beastly on the one-and-twos nonetheless. Their styles were just as different as their names — Red Corvette, DJ Theory, Noodles — but they all shared a love of two things: Hip Hop and DJing.

Climaxxx, the opening DJ, was a standout for a number of reasons. Aside from being one of only three female DJs in the lineup, her set featured a mix of both old school and new school women — Angie Martinez’s bars on “Ladies’ Night” blended perfectly into Lil Kim’s raunchy classic “Big Momma Thang,” before leading into Megan Thee Stallion’s “Realer.”

She, perhaps at first glance, looked more at home at a high-end store on Market Street than slinging sounds on turnstiles. But she’s a DJ that knows her shit, and it comes as a pleasant delight when we can bat Junior M.A.F.I.A. trivia back and forth before we delve into the chat at hand.

“Listen,” she said. “I learned my skills from some of the best in the game. And people are already looking at me — you think I don’t know what I look like? Girl, I know. But I want them to see what I have to offer behind the tables. I love DJing, I love DJ culture, and I want to share my love of the culture with everyone.”

But more than enjoying the musical stylings of the various DJs and the various drinks — mixed and otherwise — by Red Bull, the event was, for some on the lineup, representative of things coming full circle in the Bay Area’s DJ scene.

That certainly was the case for Jazzy Jim, a program director at a San Francisco-area radio station and a mentor of sorts to J Espinosa. Jim, who billed himself as a “real Bay Area radio OG,” got some of the loudest cheers from the crowd (second only to J Espinosa), and it wasn’t just because they were filled with Red Bull and vodka. Rather, they knew — and respected — all he was, and all he stood for.

As is standard fare for an OG of his stature, Jazzy Jim downplayed his presence and preferred, instead, to focus on the bigger picture.

“We’re here for the music,” he said. “I’m just a conduit to that music. And if people enjoy what I do, I welcome them, and I appreciate them very, very much.”