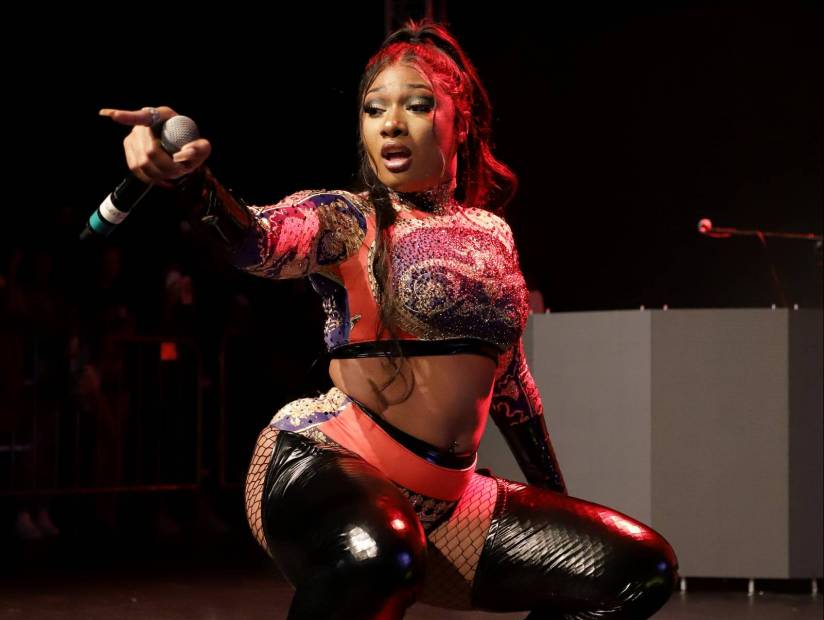 Miami, FL – The women of rap came to represent at this year’s Spotify’s Rap Caviar Live Concert at the Fillmore Miami Beach. On October 24, an all-female line-up boasted today’s hottest talent, including Megan Thee Stallion, Trina, Saweetie, and Melii among others. among others.

The two-day event kicked off with a workshop on Wednesday (October 23). Mellii, DJ Domo, and singer-songwriter Angela Hunt sat down with the head of Instagram’s head of Global Music And Youth Culture, Shavone Charles to talk about today’s women in hip-hop.

Miami native DJ Khaled pumped up the crowd with his 2010 single “All I Do Is Win” before introducing another Miami legend, Trina. Trick Daddy made a special guest appearance taking to the Rap Caviar stage to perform “Nann” with Trina.

A surprise appearance from Lil Kim brought down the house. The OG MC kept the show’s energy on 100 performing some of her most popular songs singles “Crush On You”, “Magic Stick” and “Found You” for the crowd.

You can’t close out a ladies Hip Hop night without a little twerking, and Megan Thee Stallion delivered. Fans ended the night rapping along to her hits “Big Ole Freak”, “Simon Says” and “Hot Girl Summer”  while the Texas rapper brought the show (and dat ass) full circle.

Photos by Getty Images for Spotify