#DXCLUSIVE: Kosha Dillz Flips His Perspective For "Nobody Cares Except You" Single 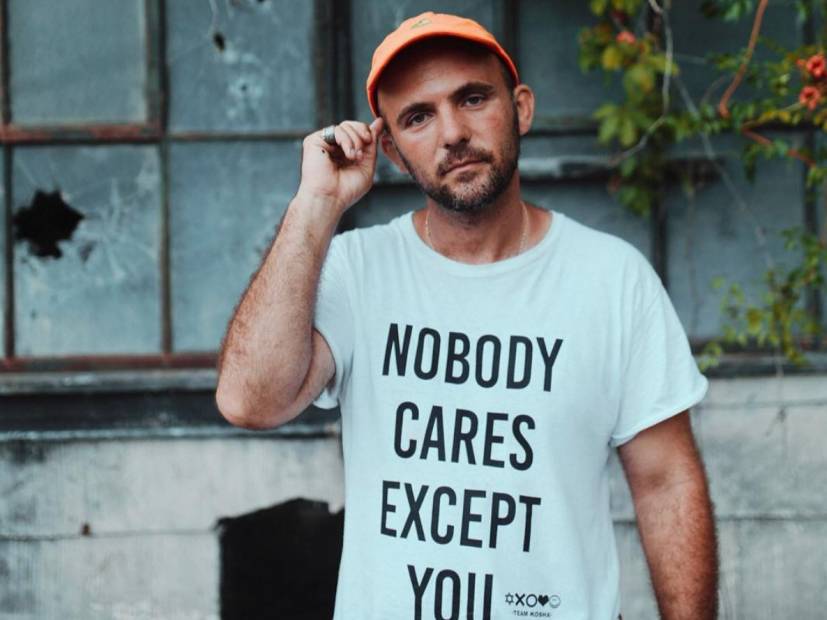 HipHopDX Premiere – Kosha Dillz is on a spiritual quest. Earlier this year, he left the familiarity of his longtime home in Los Angeles and headed for Israel. Prior to his move, he wrote a song called “Nobody Cares” but ultimately realized negativity wasn’t his jam.

So, he revised the song and changed the title to “Nobody Cares Except You.” Produced by 3x-Grammy winner Sam Barsh and Snowball Beats, the track explores how Kosha went from discouraged to invigorated. He now moves differently.

Getting ready to release it all from the holy temple of Dillz. October 25th is a roll out of new music and new me and new everything <3 Meet me at the show to celebrate.

In a recent interview with HipHopDX, Kosha explained the concept behind the new song.

“‘Nobody Cares Except You’ is an addition to my idea of a song I also wrote called ‘Nobody Cares,’ produced by Jeremiah Raisen,” Kosha told DX. “I was in a really depressed state and as an artist, I wanted to switch to total ‘fuck off’ mode. I became jealous of other successful peers but was comparing myself to things that didn’t make sense — like pop singers or male R&B artists — as we were different people with different journeys.

“‘Nobody Cares Except You’ became my own responsibility to explain my story to those who are willing to share their ears and eyes with me. It began this idea that, although we don’t know each other, we can still connect in the best way possible if we stop and listen. After rapping and releasing music for over 10 years, it’s time I take a step back and put a little bit more love and care into who I speak to and who gives me their ears, including myself. It is a sign of growing up.”

Nobody Cares Except You is also the name of Kosha’s forthcoming album, which is expected to arrive sometime in 2020. It features production from the aforementioned Jeremiah Raisen and Sam Barsh as well as guest vocals from Fat Tony and Matisyahu.

Check out the title track above.