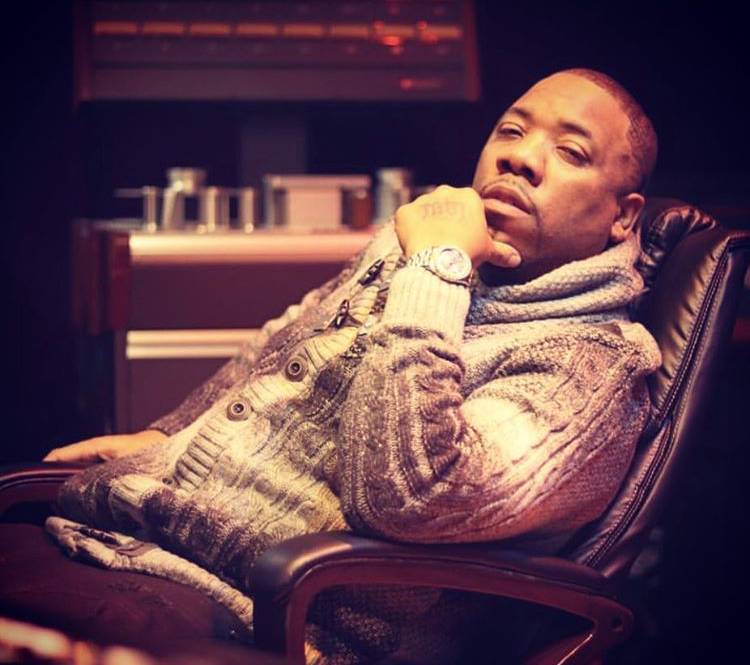 Detroit producer Helluva has been making music for so long, he can’t put a finger on when he started. “It feels like forever,” he said while speaking to HipHopDX, laughing about how he went from hauling around keyboards, controllers and beat machines to a single backpack. His city and his career look very different from when he started making beats in the early 2000s but over the last 20 years, Helluva has dedicated his career to his cities legacy. From his sound to his hobbies, he’s is a local at heart, who’s using his status as a Detroit legend to bring his city up.

Helluva is a veteran to the music game and has hits with the likes of E-40, Kodak Black, Rick Ross, and Jeezy but most know him as the producer behind Tee Grizzley’s 2017 breakout single “First Day Out.”

He also handled a bulk of the instrumentals on Grizzley’s debut album My Moment.

The platinum-selling single was a surprise hit for both the rapper and the producer, whose chance encounter ended up being a fateful one. Grizzley was being released from a Michigan state prison and was looking for someone to make a beat for the song which he’d written behind bars. Helluva, who was living in Atlanta at the time, was making plans to move back to Michigan after a production company he’d tried to start with an associate fell through. After making it clear that he wasn’t willing to compromise on the sound of his beats, Helluva and his partner agreed to go their separate ways.

“I had to stick to my own sound.” he said “I didn’t want to sound like everybody else. We both decided that I needed to move back to Detroit. In the process of moving back out here, me and Tee Grizzley made ‘First Day Out.’ ”

When the track blew up, it not only kick-started Grizzley’s career, it was a validating moment for Helluva, who had gotten a lot of flack for the song before it hit the radio. “Someone told me ‘That Detroit sound ain’t never gon’ get out of Detroit.’ A couple of months later, he called me back because the song was on the radio every day. ”

Grizzley and Helluva still work together on occasion; Helluva produced two tracks on Grizzley’s 2018’s follow up album Still My Moment, but these day’s he’s taking time to invest in his own career. He’s got pub deal with Warner Chappell and an EP scheduled for release later this year through Atlantic Records but he made sure to give special kudos to Empire Distribution who he works with often. He praised the work Empire and their CEO Ghazi Shami, do for behind the scenes for Michigan musicians saying “He helps a lot of Detroit artists make money off doing their music locally and independently.”

Now that he’s home, Helluva is doing his part to see his city succeed. In his spare time, he often teaches a four hour producer workshop called the “Beat Bootcamp” at the historic United Sound Systems Recording Studios in Detroit. It’s a passion project for the OG who sometimes teaches alongside other Detroit producers offering aspiring beatmakers from Detroit feedback on their beats, hands-on studio training, and industry advice.

Although he says he’ll never stop producing, he likes being able to pass on his knowledge. “It’s something I really enjoy doing a lot. I just like teaching people and helping people period.”

Helluva admits that part of the challenge of teaching is how much the music industry has changed in the last 20 years. “It’s easier now,” he says of being a producer. His advice to new acts is to be wary of the fact that easier doesn’t always mean better.

“People not really putting the effort into music that they used to. It’s more about what’s trending and relationships.” he said. He’s teaching his students to do their best to create a sound that stands out. “If you’re willing to go the extra mile to do more to make your sound distinct, I think you get a better result. Always try to go that extra mile.”

Being born and raised in the motor city Helluva knows that Detroit has a rough reputation, but he’s embracing the growth and positive change. He travels a lot for music but the father of four has no plans to leave the 313 anytime soon. For him, Detroit is home. It’s the city where his music career began. His family is there. His biggest hit is with someone who was born and raised in the same streets as him. The connection to Detroit runs deep for Helluva keeping him motivated to be invested in the city’s come up.

“ At the end of the day, I want my claim to fame to be helping Detroit get on as a whole.”