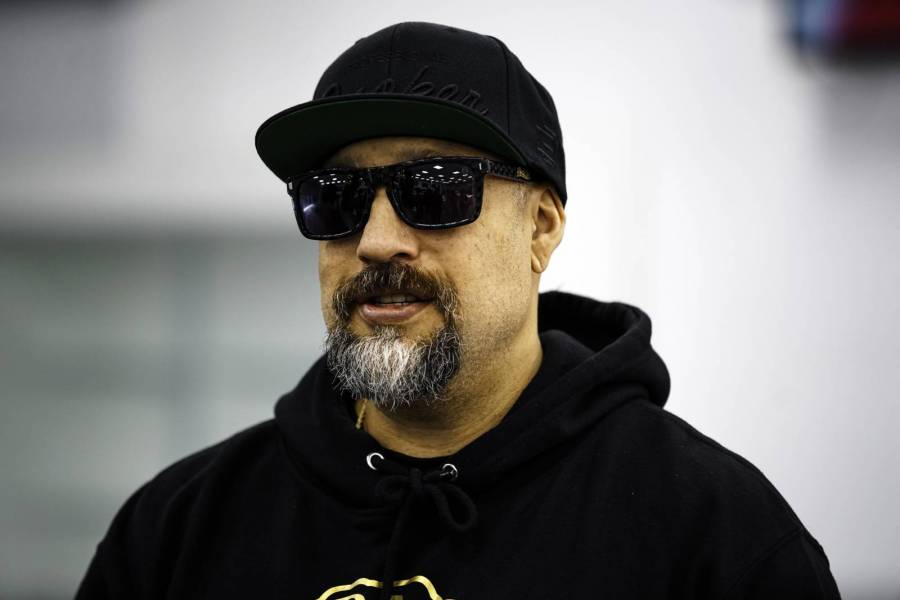 Somewhere between Los Angeles’ Glendale Junction and Lincoln Heights districts stood an impressively long line stretching out into a nearby neighborhood last Friday (October 18). Hundreds of fans were all waiting to be the first to patron B-Real’s newest Dr. Greenthumb’s dispensary location.

The fifth store opening in a little over a year, Dr. Greenthumb’s offers the scope of competing retailers like MedMen but more grounded in grassroots cannabis culture than Hollywood hipsters. For B-Real, it’s been something that’s been a part of his persona since the early days with Cypress Hill to his ongoing venture with the marijuana industry and The Smokebox show on his BRealTV network.

Speaking with HipHopDX, B-Real explains the road to building the Dr. Greenthumb brand, obstacles in getting into the cannabis industry, thoughts on 2020 presidential election, new music and more.

HipHopDX: Congratulations on your new store opening. You’ve opened up several others over the past year. Can you explain the growth of the Dr. Greenthumb brand from strains to a full-on brick-n-mortar store?

B-Real: Yes, this is number five. We just opened one in San Francisco maybe two weeks ago. Before that, Eureka and Sacramento. That doesn’t count out the shop in Sylmar, which was the first one. That was about just over a year. Dr. Greenthumb, as you know, was birth from a song that I made with Cypress Hill on our fourth album. When the cannabis industry came to California and opened up, I thought it would be a great brand to be in the cannabis industry.

We were already synonymous with cannabis culture so I thought what better way to come into the game with. It started there with some strains like the 2.0, Silverback and a few other ones. There were some OG genomes out there in the market as well.  It was our first time in the market.

Then we had some in stores, but it was all under Dr. Greenthumb. That was like the first steps from the strains, the mind, the name, the brand aside from what people knew from the song. It was connecting that name to what we wanted to do in the market. That’s when we started cultivating and the opportunity came after building our name there. The opportunity came to a store. Instead of creating a strain, I thought a store would be better. Then we started the Insane OG strain line from Dr. Greenthumb. Two things that we focused on doing when coming into the cannabis industry was making a brand and our own strain. Now, we have a landing place for our strain in our store. It’s taking those particular steps to get into the industry and not just the culture.

HipHopDX: The cannabis industry is set to overtake the NFL in gross revenue by 2020 according to reports. What is it about the cannabis industry that outsiders don’t understand in regards to the obstacles that one has to go through in order to be as successful as you’ve become?

B-Real: I think a lot of the obstacles or at least most of them have been dealt with, fortunately. It’s not as taboo or one of those things where you run away from it.  No one has to be a closet smoker and people are more open about it. People are more educated about it. It goes over a bit easier in regards to investors who want to come into the industry and then laws changing. Even the way people look at medicinal purposes as well. A lot of people’s minds have been changed on both conservative and religious aspects. People who didn’t want it legalized now see the benefits and not just economically but, what it could do medically. There’s been a lot of people great things about their treatments with CBD and THC. There’s that and you can’t avoid economics.

You can’t avoid what it stands to make for a city, state and federal level through tax. It’s also costly to be in this game. You gotta deal with the rules and ongoing regulations that you might have to pay a fine for. That doesn’t even count permits and licenses. If you’ve solidified your brand stay afloat in these last five years and stand the test of time, you perhaps have an opportunity to do well.

The obstacles are getting through all those things. There are individuals who hold licenses but can’t afford the different regulations in regards to cultivation, distribution, manufacturing and everything else from A to B. It’s hard for mom and pop type of organizations to get through that so it’s hard. Those are the obstacles but, fortunately, we were able to get through them with a great team. It’s a great team that helped put this together and us working together allowed us to get five stores off.

HipHopDX: Where do you see the brand within the next five years?

B-Real: The Dr. Greenthumb brand is going to maintain growth. We’re opening in Studio City next month and Cathedral City to follow which will be a fully vertical operation and permitted as an on-site consumption lounge.  Not just here in California but, other states where it’s legal or have similar legislation. We want to expand outside the state.

HipHopDX: With the 2020 Presidential election coming, what candidate do you feel has been the best supporter for federal marijuana legalization?

B-Real: I think Bernie Sanders is the one who may be pushing legalization the most. I don’t understand politicians on either side because they’re all full of shit. There isn’t somebody that I have hope or faith in on any of those sites, unfortunately. If it came down to that, Bernie Sanders is the guy talking about fully legalizing cannabis. However, that’s not just one sole reason you should vote for a guy, but he is running that flag up the pole.

HipHopDX: Outside of your relationship with the cannabis industry, B-Real television is around 10 years old by now. I feel like you and Snoop with GGN led the charge for MCs turned rap pundits and podcasters first. Now they’re everywhere from Joe Budden and Noreaga to T.I.

B-Real: Snoop Dogg and I are pioneers of that shit. Now, it’s us times 1000 because content is king. If your records aren’t out there yet or you’re trying to put out a record, build a platform, release content on it and when you’re ready to release, you already have a built-in fan base ready to receive it. You can advertise an album or make people aware that you have an album coming. I think that’s where the game is at right now, having your own platform. So, it’s fortunate that I and Snoop started a long time ago and have been able to expand.

HipHopDX: Should we be expecting any more solo work from your or even a new Cypress Hill album?

B-Real: Yes! Absolutely. I got an album coming next year called Let Me Tell You Something produced by Scott Storch. It’s got a few features, but I got DJ Paul, Berner, Devin The Dude, Krayzie Bone and I might be forgetting one other person. Super excited for people to hear what I have coming on that end. Cypress Hill has an album in the chamber produced by Black Milk. That’s coming out sometime later next year as well. I’ll probably drop my album in April and then Cypress will come after that.