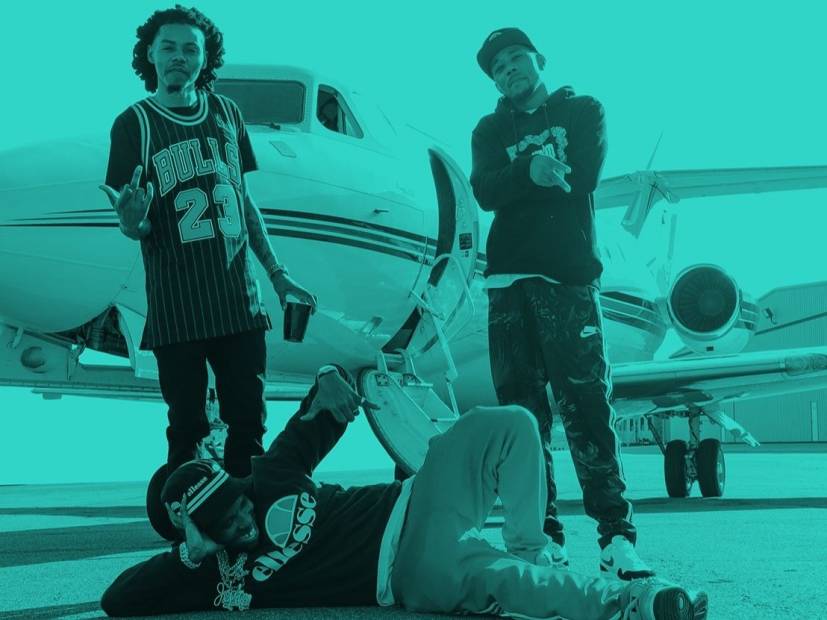 Curren$y, Trademark and Young Roddy have revealed the cover art and tracklist for their long-awaited album Plan Of Attack.

Prior to sharing the official album cover, the group took to social media to give their fans a voice, allowing them to select the cover for the upcoming album. In what proved to be a clever interactive marketing play, Spitta, Trade and Roddy hit fans with nine different cover options.

Each version of the cover was designed by famed Italian illustrator Diego Riselli who has completed commissioned works depicting hundreds musicians and actors in all genres.

“We wanted to make sure that everybody knows that when these guys come together it’s something different, and truly special. Based on the 3,000 plus comments where fans chose multiple favorites, its quite clear we achieved that goal.”

In the end, the fans made their choice by an overwhelming number.

“The cover the fans loved the most is actually our collective favorite as well,” Wilson added. “Now we can’t wait for everyone to hear the album which we have been working on for a year,”

Plan of Attack is essentially a dream album for fans of Curren$y, Trade and Roddy. Fans across the globe rejoiced when the three artists reconnected for the album’s title track this spring, which marked the first collaboration from all three core members of Jet Life in close to five years.

A cursory search of social media shows fans around the world yearned daily for a reunion and now, the three New Orleans legends are giving their audience exactly what they’ve demanded.

After releasing the inaugural single and video for the title track, “Plan of Attack,” the crew quickly followed-up with the soulful cut “No Hook” and then planted their flag with the momentous third single “Power,” which is quickly becoming a fan favorite.

While many consider Curren$y, Trade and Roddy to be the most beloved paper plane pilots in the game, they are also proving to be the most consistent with each subsequent release.

Plan of Attack is expected to arrive on October 11 via Babygrande Records.

Check out the “Plan Of Attack” video here, the “Power” single below and purchase “No Hook” here.