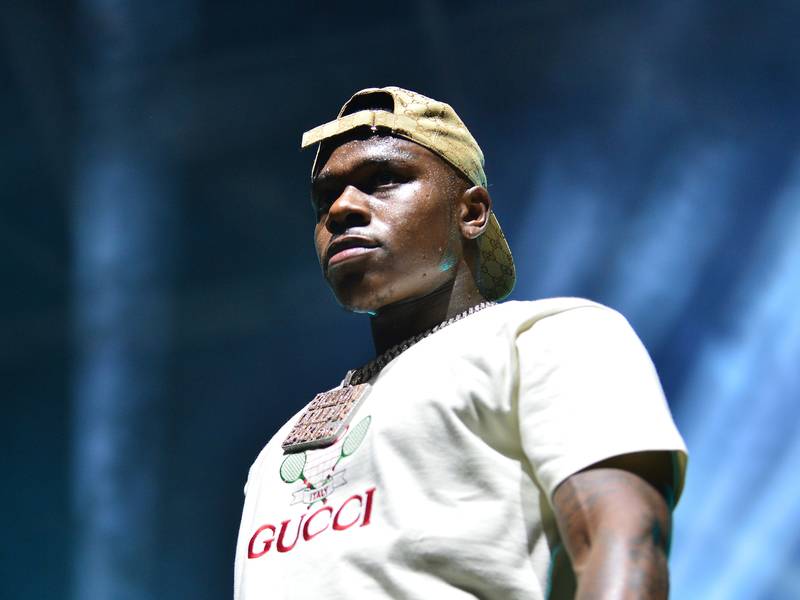 New Orleans, LA – Altercations seem to follow DaBaby everywhere he goes. One week after throwing a punch during a show in Michigan, the Interscope Records artist found himself in the middle of a wild scene that resulted in his security knocking out a fan in New Orleans.

DaBaby was in the Big Easy to perform at the Freewater Block Party, which took place at the Mardi Gras World venue on Saturday (September 28). Video of the event showed the North Carolina-bred rapper in the middle of the crowd, attempting to navigate his way through the large group of people.

Fans surrounded DaBaby as he shoved people out of his way. In the middle of the congestion, security reacted with extreme force to one person who appeared to slap DaBaby’s face. The bodyguard threw multiple punches at the fan, who collapsed to the ground.

Block party attendees circled around the knockout victim with many trying to capture footage of the scene. Clips showed two crowd members stepping in and attempting to help the fan on the floor.

The incident in New Orleans comes weeks after security for DaBaby beat down a fan in Iowa. The “Suge” creator’s protection was also involved in an altercation with rapper Don Trag last May in Massachusetts.

#TSRGreatDebatez: #Roommates, we all know #DaBaby likes to jump into the crowd whenever he gets an opportunity. Sometimes it goes well, sometimes it doesn’t. So he has security in place to make sure people keep it cute. ______________________________ However, at a recent show, video surfaced of #DaBaby’s body guard hitting and knocking out a female fan. Some are saying he was wrong while others are saying he couldn’t have known it was a woman. What do y’all think? 🧐