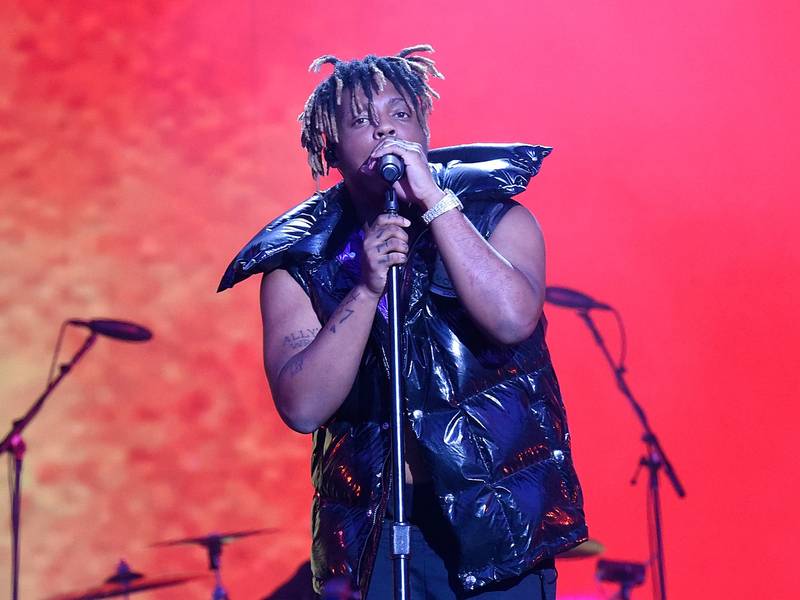 Juice WRLD Gives Out His "Phone Number" To Fans

Juice WRLD unexpectedly posted his phone number on social media, telling fans to reach out and promising to not ignore their texts. But as it turns out, the Billboard 200 chart-topping artist is actually recruiting users for a startup messaging service called Community.

“Text me at (713) 999-6031, let’s talk about everything and i promise i won’t leave you on read,” he wrote as the caption of an Instagram video, which directed fans to contact the same number.

Messages sent to the number receive an auto-reply that includes a link to sign up for Community, which bills itself as enabling “direct, meaningful communication between community leaders and their community members.”

“Hey its Juice WRLD,” the automated reply reads. “Appreciate u hitting my phone. Sometimes I got shit to say that is just for my fans and not for social media and the public. This is a way for us to talk like some real people instead of all the bullshit. Save my number so we can talk.”

As Wired Magazine discovered earlier this year, Juice isn’t the only celebrity involved in using Community. In January, actor Ashton Kutcher posted a phone number on Twitter with a similar message.

“I miss having a real connection w/ real people,” he wrote. “My Community. From now on you can just text me. I won’t be able to respond to everyone but at least we can be real w/ each other & I can share the unedited latest & greatest in my world.”

Like Juice’s number, texts to Kutcher also generated an automated reply with a link to join Community.

“hey it’s Ashton,” it read. “this is an autotext to let you know I got your message, everything else will be from me. make sure you click the link and add yourself to my phone so I can respond to you.”

According to Wired, Community is the new name of Shimmur, Inc. The company launched in 2014 and allowed users to join “tribes” of Instagram and YouTube personalities before meeting its demise. Now, it’s been reimagined with an altered approach.

“Imagine texting with artists, celebrities, visionaries—the leaders you respect and admire—the same way you do with your mom or best friend,” he wrote. “Imagine texting with your fans, supporters, or patrons that very same way, with smart, powerful tools to help you engage in direct, meaningful communication. At scale. This is the reality we’re building at Community.”

Details on the Community site are relatively scant, but users can sign up for the waitlist here.