Man Arrested For Murder After Rapping About Killing & Burying Girlfriend 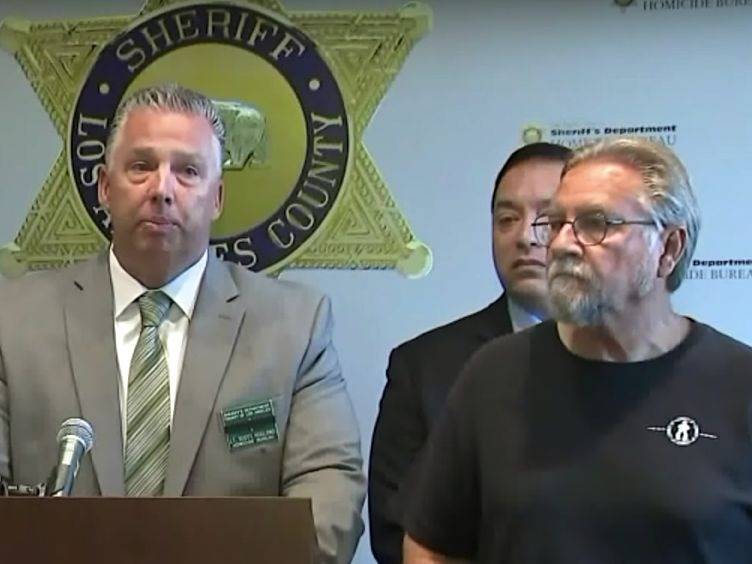 Los Angeles, CA – Things took a strange turn during an open mic event at the King Eddy Saloon near Skid Row in downtown Los Angeles this summer. When 27-year-old Robert Anthony Camou took the stage, nobody expected they were about to get a murder confession.

According to MSN, after admitting he’d cut off his electronic monitoring ankle device, Camou proceeded to rap, “I killed my bitch and buried that bitch in the fucking dirt/The cops are trying to look for me/and I’m … trying to shut my mouth.”

Police were already hot on Camou’s trail. Shortly before his big rap debut, his own parents had notified authorities after they found blood and signs of a brutal assault against 31-year-old Amanda Custer inside his bedroom. Neighbors told police they saw Camou put his girlfriend’s dead body into the back of his gray Toyota Prius.

Once they finally found Camou’s car, they discovered blood in the back cargo space and a “tool used for digging” but no body. He had apparently buried Custer someone in the Los Angeles area.

On Wednesday (September 4), Camou was charged with capital murder for killing Custer. The murder charge even more serious considering Camou was out on bail on a domestic violence case involving Custer at the time he allegedly killed her.

Los Angeles County Sheriff’s Department investigators said they have authenticated a video filmed at King Eddy Saloon, which should be allowed in court. The person behind the camera, 64-year-old Michael R. Moore, told the Los Angeles Times he realized Camou was the same man from the bar after seeing him in handcuffs on the news the next morning.

“What he said, he said it with such force that people just stopped,” Moore told the Times. “They were shocked. There was a lot of hate in his expression.”

Custer had been warning courts of Camou’s abusive behavior for months. She’d attempted to get a retraining order, but a judge dismissed her petition. On April 22, Camou finally caught up with her and allegedly beat her, strangled her and threatened her with a taser.

Camou was charged with first-degree burglary, injuring a girlfriend and assault by means of force likely to produce great bodily injury in both of those alleged beatings.

“At the arraignment, our office requested that bail be set at $150,000, but over the prosecutor’s objections, the court released the defendant on electronic monitoring,” spokesman for the Los Angeles County District Attorney’s Office Paul Eakins told the San Gabriel Valley Tribune. “The prosecutor requested a protective order, which the court issued.”

Custer disappeared on July 29, the same day probation officers noticed the battery on Camou’s electronic monitor (EMP) was going out. The department notified the court and a bench warrant was issued, but it was too late.

Only a few hours later, he would rap, “I cut the fucking EMP off my leg and then I’m out.”

When police tried to arrest him later that morning, he refused to get out of his Prius. The standoff lasted for five hours and only ended once the Los Angeles Police Department SWAT team tossed a canister of tear gas at him.

The Los Angeles County district attorney said Custer’s body still hasn’t been found. Camou faces either the death penalty or life in prison without the possibility of parole if convicted.

Camou is expected in court on October 10, according to the Los Angeles County Sheriff Department website.