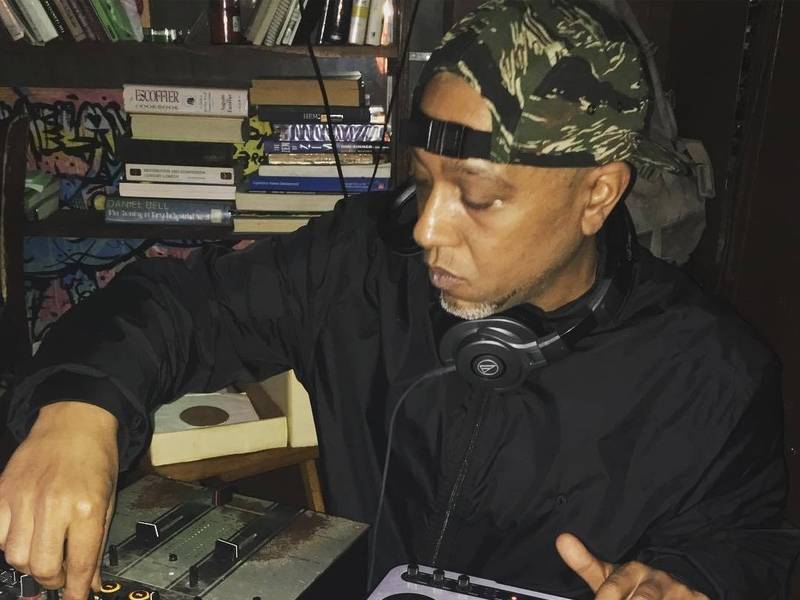 “Paten Locke passed peacefully in his home in Jacksonville, Florida on Friday, August 2nd, in the comfort of his friends and family,” Maurer said in a statement to DX. “For the past three months, Paten has been battling a very aggressive form of small cell cancer and he is finally free from the tremendous pain and suffering it caused him.”

He continued, “The prolific producer/DJ/MC and record collector was born in Boston on August 25th, 1974 and leaves behind a vast catalog of music spanning many genres and styles. Paten Locke is survived by his parents, Ron and Cheryl Locke, his sister Inala, his fiancée Shannon and his beloved daughter Asha.”

It is with the heaviest of hearts that we share this with you all. Our general @patenlocke has transitioned. He passed in the comfort of his own home, surrounded by his family and is finally free from the pain he has been enduring for the past months. Although we are missing him so immensely we do take some solace in knowing that he is now FREE. He touched so many lives and he loved each and every one of you so much. His music and legacy will live forever. We will be making announcements & updates as they become available. We are in shock and still processing this so please bear with us. We are still raising funds for his daughter and family at PlanetLocke.com – Now then, go blast some PATEN LOCKE music! Salute to the General. DJ Therapy. Iron Paten. The One Man Army, P. Locke. ERUDITE EREMITE.🖤🅿️🔐#PlanetLocke #PatenLocke #PLocke #DJTherapy #Asamov #LGA #TheABs #TheSmileRays #ThePerceptionists #DillonAndPatenLocke #EdanAndPatenLocke #Dumbtron #SteamMechanics #StonoEcho #RumbleRoad #AshasGroove #FullPlateFam

Last month, Locke revealed he was diagnosed with stage 4 cancer. In the Facebook post, he told friends and fans he wouldn’t be seeking treatment.

“I will not fight it til the end I will only live whatever I have left because my life has been grrrreat!” he wrote. “I’m proud happy and blessed. And yes In pain. But my overall emotion is love. And maybe a lil regret at not being able to complete all the acts of love I still wished to give. But it doesn’t compare to the feeling of true joy at all the love my life has been filled with.”

Locke, who was previously known as DJ Therapy, initially gained recognition in Hip Hop as a member of the Jacksonville-based group Asamov (a.k.a. Alias Brothers). The four-person crew’s critically acclaimed album And Now… was named one of DX’s Best of 2005.

In 2007, Locke was a part of Rawkus Records’ Rawkus 50 campaign. The Smile Rays — a trio comprised of Locke, Lady Daisey and producer Batsauce — released their album Smilin’ On You through the iconic label.

Two years later, Locke dropped his solo debut Super Ramen Rocketship. He would then go on to form a duo with the aforementioned Maurer, releasing multiple projects as Dillon & Paten Locke.

Over the course of his career, Locke collaborated with a variety of artists as both an MC and producer. His discography includes work with notable names such as Diamond D, The Perceptionists (Mr. Lif and Akrobatik) and Black Sheep’s Dres.

Smile Rays member Lady Daisey launched a GoFundMe for Locke following the public announcement of his cancer diagnosis. The campaign has raised over $17,600 as of Tuesday (August 6).

All donations will go to the late artist’s mother Cheryl Locke.