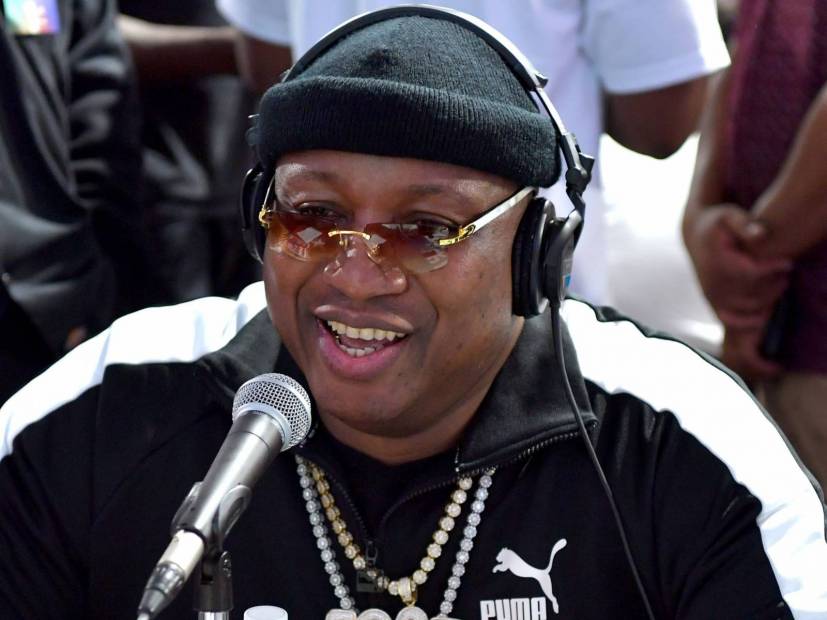 New York, NY – E-40 stopped by The Breakfast Club studios in New York City this week. At one point during the conversation, the seasoned Hip Hop vet explained why he didn’t take the opportunity to collaborate with Nipsey Hussle on the Victory Lap single “Grinding All My Life.”

“He sent me a song dude and I’m so mad I didn’t get on it,” he admits around the 22-minute mark. “I tried to, but it was crunch time for me. He needed it back with the hurry-up. It was called, ‘All my life …’ He sent me that one. That was a few years ago and I was moving around. When he sent it, it was way before Victory Lap. We are busy people. We never tripped on any of that.”

The Bay Area rap pioneer also talked about the impact Nip had on the culture and took note that more people seem to be on the Nipsey bandwagon since his March 31 shooting death.

“Man, I love Nipsey,” he says. “When that happened, that really hurt me because I feel like Nipsey is somebody that was very important to the culture … He [Nipsey] really meant a lot. More people are woke now to Nipsey. It’s sad to say how it happens once somebody passes away, you know what I mean?

“He definitely did his job while he was on this earth. That’s how God do it sometimes. Sometimes he takes the good ones.”

Victory Lap was released in February 2018 and debuted at No. 4 on the Billboard 200 chart upon its release. The week after Nip’s death, the album returned to the Top 5, landing at No. 2.

Revisit “Grinding All My Life” below.