Chance The Rapper Cancels Splendour Performance Due To Illness 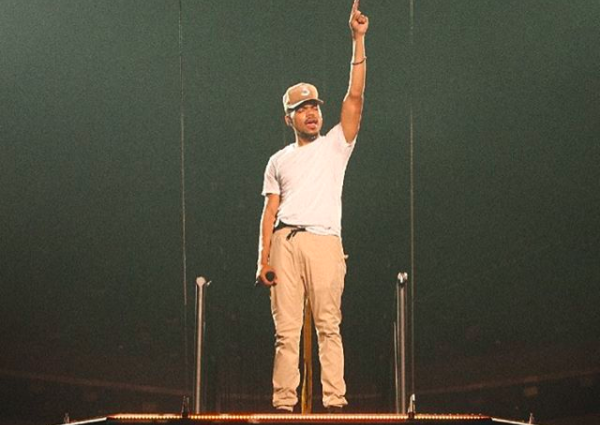 Wooyung, AU – Chance The Rapper fans in Australia were forced to experience the Splendour festival without the “Groceries” rapper after he canceled his performance last minute, according to The Blast.

On Sunday (July 21), Chance was scheduled to perform at the 19th annual Splendour in the Grass music and arts festival in North Byron Park. He was actually one of the artists to be highlighted during the three-day event that featured performances from Childish Gambino, SZA, Russ and more.

The official Instagram account for Splendour in the Grass actually posted a shout out in anticipation of Chance The Rapper’s performance last week.

“Turns out ‘The Big Day’ is next Friday for @chancetherapper when he drops his latest #owbum,” Splendour in the Grass began the caption of a photo of Chance on stage.

“Bets on hearing some new music this Sunday at Splendour? #SITG2019.”

Turns out ‘The Big Day’ is next Friday for @chancetherapper when he drops his latest #owbum 💿🙌 Bets on hearing some new music this Sunday at Splendour? #SITG2019

Things didn’t go as planned though as he reportedly canceled his performance just 24 hours before hitting the stage due to an illness. The Blast obtained the following statement from Chance The Rapper’s team:

“It is with great regret we announce that Chance The Rapper will not be coming to Australia to perform at Splendour in the Grass. Unfortunately, due to illness, he is unable to fly. ”

Even though thing went awry for Splendour festival-goers, at least plans for the release of Chance The Rapper’s debut album are still set in stone. He recently shared the album artwork and release date for The Big Day on The Tonight Show with Jimmy Fallon.

The Big Day will hit all digital retailers on July 26 but is also available for pre-order here.