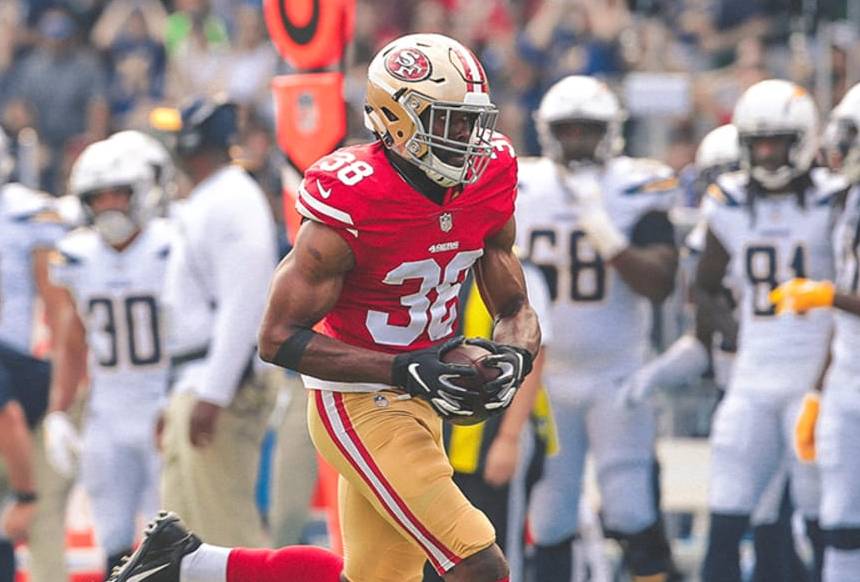 The shockwaves from Colin Kaepernick’s protests are still being felt all across the country.

His former teammate Antone Exum Jr. (who records professionally under his all-caps last name) knows those waves all too well and during a recent NFL season (the pick-sixing safety couldn’t remember which one), the 28-year-old Hip Hop alternative artist jotted down his thoughts which culminated into the anti-police brutality anthem “oFFICER kAEPERNICK,” premiered by HipHopDX.

“I think it was one or two years ago,” EXUM recalls the song’s origins to DX. “I would say probably one or one and a half years ago when I wrote this record, but it wasn’t recent at all. It was, actually, going to be a throwaway, but for some reason, I didn’t throw it away because it just meant … it goes.”

The high-octane record exudes rage, frustration, defiance — some of the various emotions that are associated with rogue cops (and the system that protects them) and EXUM was clear to specify that he’s not lyrically targeting all law enforcement.

“Kaepernick did not take a knee for our good serving soldiers like yourself or even the good cops out there that we have,” he explained. “Good cops, the government officials, good judges, good… prison workers like all of that stuff. That’s not why he took a knee he simply was taking a knee for the catastrophic instances that went down. You know what I’m saying?”

As a five-year professional athlete, the notion of being “a rich guy in the studio” isn’t lost on Exum but if you visit his SoundCloud, you’ll see an instant musical kaleidoscope with the handful of offerings; a craft he takes very seriously.

“That’s why I’m out here trying to reach the highest levels of those for myself and also just trying to just rub that off onto others so. In fact, when you listen to my music it’s not really the regular content that you hear out here like mainstream culture stuff right now.”

Stream EXUM’s “oFFICER kAEPERNICK” up above, follow him on Instagram @ExumGod and look out for his upcoming debut LP.