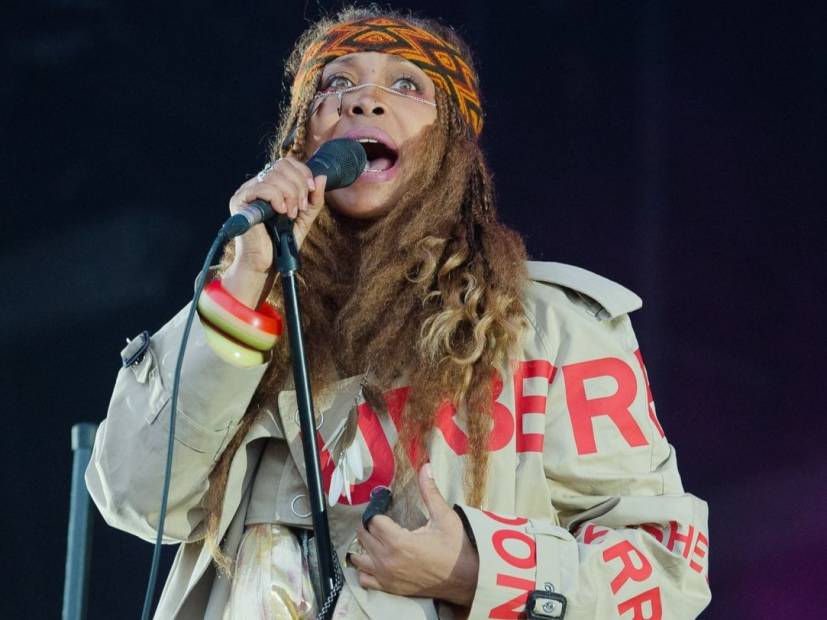 Boulder, CO – Erykah Badu is apparently in Boulder, Colorado where she’s visiting the son she shares with André 3000, Seven Sirius Benjamin, a student at The University of Colorado-Boulder.

On Sunday (July 7), the neo-soul goddess shared an Instagram photo showing off her three children — Seven, Puma and Mars — and made a proud proclamation.

“The HipHop incredibles,” she captioned the photo. “don’t change the channel.”

Several of her peers quickly cosigned the notion in the comment section, including Questlove, Killer Mike and Rapsody.

If Badu was to make a supergroup with her children and their fathers, it would include The D.O.C. (Puma’s father), the aforementioned Outkast luminary and Jay Electronica (Mars’ father). It would be the most tripped out, gangsta rap-influenced neo-soul the world would ever hear.

Badu, who is still in a relationship with Electronica, appears to be on good terms with her kids’ fathers.

For Father’s Day last year, she posted a selfie with Seven and 3 Stacks and for Puma’s recent 15th birthday, she recorded a video with D.O.C. wishing their daughter a happy birthday.