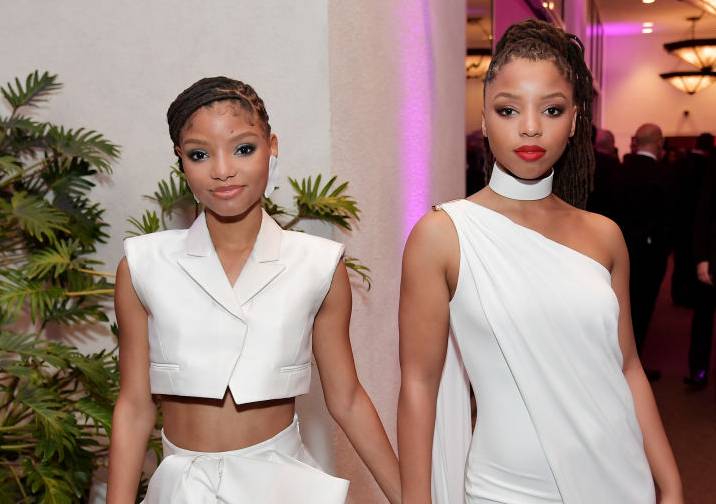 Chole x Halle member Halle Bailey has been tapped to play Ariel in Disney’s live-action adaptation of The Little Mermaid. Film director Rob Marshall believes the Parkwood Entertainment artist has all of the attributes needed to do the role justice.

“After an extensive search, it was abundantly clear that Halle possesses that rare combination of spirit, heart, youth, innocence, and substance — plus a glorious singing voice — all intrinsic qualities necessary to play this iconic role,” Marshall said in a statement.

Bailey will be apart of a cast that includes Jacob Tremblay and Awkwafina. Melissa McCarthy is reportedly in talks to play Ursula as well. In the original 1989 Disney classic, the mermaid princess Ariel is fascinated with life on land and dreams of becoming human after falling in love with a prince.

The film will mark the first movie role for the 19-year-old entertainer who came to fame recording YouTube cover videos with her sister Chloe. The group was eventually discovered by the pop icon Beyoncé who is starring in a Disney movie of her own this summer via the live-action remake of The Lion King.

Chloe x Halle has since opened for their Parkwood Entertainment CEO and released their 2018 album The Kids Are Alright.